"Several of our hospitals—including Mount Sinai Queens—were founded well over a century ago, and all of our institutions are instilled with the same mission: to care for people of all ages and from across the socioeconomic spectrum," said Peter W. May, Chairman of the Boards of Trustees of the Mount Sinai Health System.  "Our new building and modernization project epitomizes our goals of giving patients the highly-personalized care of a community hospital, with easy access to world-class specialists." 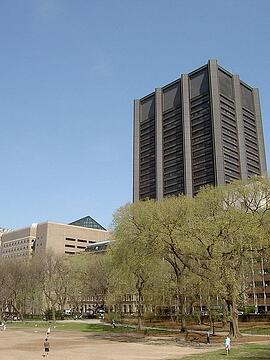 "As conceived by the National Institute of Neurological Disorders and Stroke (NINDS), the network is intended to improve the efficiency with which we perform clinical trials in stroke," said Stanley Tuhrim, MD, Director of the Mount Sinai Stroke Center. "The goal of our effort is to pull together several major medical institutions in the City to perform clinical trials and develop and test ways of improving acute stroke treatment, prevention and rehabilitation. We hope to be able to get trials done more expeditiously."

Given the amount of research funding available at Mount Sinai School of Medicine along with the new building expansion project, lab suppliers interested in selling lab equipment in New York may want to get to know the Mount Sinai marketplace further. Biotechnology Calendar, Inc. invites lab suppliers to attend our BioResearch Product Faire™ at the Mount Sinai School of Medicine on March 26th, 2014. This event attracted 300 attendees last year. Of these attendees, 80 were purchasing agents, professors and post docs, and 31 were lab managers. The event visitors came from 12 different research buildings and 44 departments on campus.

Biotechnology Calendar, Inc. has been helping lab suppliers sell lab equipment at life science marketing events for over 20 years. If you are interested in lab product expos in other regions of the U.S., we encourage you to view our 2014 calendar of events. For more information on the BioResearch Product Faire™ at the Mount Sinai School of Medicine, or to get more Mount Sinai research funding statistics, click on the button below.