Lab suppliers in the Midwest interested in marketing university lab equipment and increasing lab sales leads may want to take note of Biotechnology Calendar, Inc.’s upcoming Ohio life science marketing events. Our annual Cincinnati Bioresearch Product Faire™ Event at the University of Cincinnati will be held on August 7, 2013 and spaces are filling up fast. Cincinnati is a very well-funded market that lab suppliers and biotechnology vendors may want to take advantage of.

A 2010 BioEnterprise report on the Ohio life science industry showed that bio organizations had a $61.6 billion economic impact on Ohio in 2009. The bioscience sector accounted for 195,835 total jobs that year and produced nearly $7.7 billion in household income. Ohio-based research institutions received $778.1 million in NIH funding in 2010, a figure that far exceeds the U.S. national average of $497.3 million. The University of Cincinnati in particular was ranked among the top 100 NIH-funded institutions in the country.

Small Business Innovative Research and Small Business Technology Transfer funding from the U.S. Small Business Administration indicates that Ohio small business received $70 million in funding in 2009, which is significantly more than the national average of $41.2 million. Nearly $25 million was given as bioscience R&D. This figure reflected a growth of $21 million from 2008. In 2010, $2.4 billion was invested across Ohio to increase bioscience growth.

A 2013 BioEnterprise report shows that Cincinnati in particular received $42 million in healthcare venture investment during the first half of 2013. Ohio is leading the way in 2013 for Midwest healthcare venture investment with companies attracting $155 million so far this year. Cincinnati, Cleveland and Minneapolis are the top three best funded regions in the Midwest. 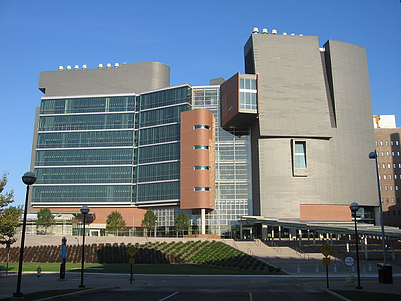 The University of Cincinnati

Lab suppliers in Ohio will find a well-funded market at the University of Cincinnati, as recent NIH and NSF research funding statistics show. In 2012, the NIH awarded the University of Cincinnati $73.9 million in research funding. The funding was distributed among a number of different projects in various science disciplines. The top funded department was internal medicine, which received 34 awards and $9.8 million in funding.

If you are a lab supplier interested in marketing university lab equipment and increasing lab sales leads within the well-funded Cincinnati market, Biotechnology Calendar, Inc. invites you to attend our annual Cincinnati Bioresearch Product Faire™ Event on August 7, 2013. Last year, the Cincinnati BioResearch Product Faire ™ Event attracted 181 attendees, of which 31 were purchasing agents, professors and post docs, and 26 were lab managers. The trade show visitors came from 16 different research buildings and 37 departments around campus.

Biotechnology Calendar, Inc. is a full-service science research marketing and events-planning company that has been organizing life science marketing events at top research institutions for 20 years. For more information on our Cincinnati Bioresearch Product Faire ™ Event, or to view more funding statistics for the University of Cincinnati, click on the button below. If you’re interested in marketing your university lab equipment and increasing lab sales leads at life science marketing events closer to home, we encourage you to view our 2013 calendar of events.