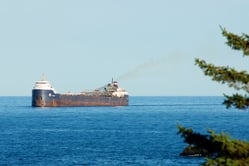 The Deepwater Horizon Oil Spill that occurred in the Gulf of Mexico in 2010 spilled 4.9 million barrels of oil into the Gulf, causing tremendous impacts to the ecosystem. The Exxon Valdez Oil Spill in the Prince William Sound in 1989 also had a tremendous impact on the environment. Impacts of these spills can still be seen, and there is still oil that has not yet been cleaned up on land and in the water. (Image courtesy of Pete Markham via Wikimedia Commons)

Cleaning up oil from the coast and water can be tricky. Researchers at the University of Wisconsin, Madison have developed a new material that repels oil underwater, providing the potential to create new materials that will be able to better clean up oil from oil spills.

Researchers David Lynn (lead) and Uttam Manna (assistant), through the manipulation of chemical and topographical properties of a material, created a porous material made from thin polymer films. By using this material as a coating to cover wire mesh, and then pouring a mixture of water and oil through the mesh, they saw that the oil stayed on top of the mesh while the water passed through. They also found that even after damaging the material - in this case, by using sandpaper on it, freezing it, burning it, scratching it - oil was still repelled.

These Wisconsin researchers now plan to find a way to use this materials on larger items, but current results show that using this oil-repellent material makes it easier to collect and recover oil in water.

These new materials have the potential to help in many instances where one chemical needs to be separated from another. David Lynn explained that "We're not just talking about the potential to develop new tools to help clean up oil spills. It could also be fragrances and pharmaceuticals, fine chemicals or other organic liquids." 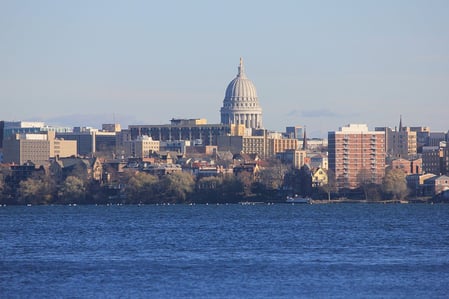 Life science researchers at the University of Wisconsin, Madison are highly-ranked in amount of annual funding received and research produced. In the 2013 fiscal year, UW Madison ranked 12th in the nation for total R&D expenditures, totaling over $640 million. In the 2014 fiscal year, the University received more than $255.4 million in funding from the NIH.

Departments with the most funding at the University include:

*Data collected from the NIH RePorter.

This highly-funded life science marketplace provides ample opportunity for lab supply companies to meet face-to-face with active researchers in a professional and intimate environment. Biotechnology Calendar, Inc. holds an annual event at the University that provides lab suppliers with the chance to met with more than 300 researchers from more than 45 science departments and 50 on-campus buildings.

The 16th Annual BioResearch Product Faire™ Event will be held at the University of Wisconsin, Madison on Friday, July 17, 2015.

To learn more about participating in this premiere marketing event, visit the link below:

View the complete 2015 calendar of events below to find more marketing opportunities in your region.