Ovarian cancer affects nearly 22,000 women each year and has around a 60 percent mortality rate. This form of cancer forms in a fallopian tube and then moves through the tube and ovaries on to metastatic sites. It is at these sites that ovarian cancer cells become resistant to chemotherapy. This movement of the cancer cells and what causes them to move is the primary research that this $2.3 million grant will help fund over the next five years. (Image courtesy of Wikimedia Commons)

"When we look at most cancers, we focus on gene mutations and how they impact the cells' behavior, and then that's the drug target," Kreeger explains. "Cancer is somewhat clonal, so early mutations tend to replicate throughout the tumor. But some cancers don't show this clear pattern of mutated genes for clinicians to target."

Kreeger's research focuses on studying whether protein expression plays a larger role in the spread of ovarian cancer than gene mutation. The spread of cancer cells and their resistance to chemotherapy will be studied through creating in vitro systems designed to act like ovarian cancer, allowing the researchers to watch what is happening.

"Progress in treating ovarian cancer over the last 30 years has been flat," Kreeger said. "One reason is that the disease is nearly universally diagnosed too late — so understanding ovarian cancer's early stages might lead to new screens for the disease, as well as potential treatments." 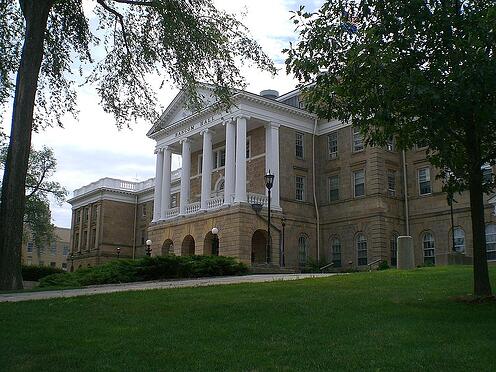 The National Institutes of Health grant University of Wisconsin, Madison researchers millions of dollars in funding each year. In the 2014 fiscal year, UW Madison received over $255 million from the NIH alone.

With so much life science funding being granted to UW Madison each year, as well as the immense amount of life science research being produced and published, Madison is a strong research marketplace. Lab supply companies interested in meeting with researchers, lab managers, lab staff, investigators, purchasing agents, and post-doc students in this highly-regarded marketplace are encouraged to participate in a BioResearch Product Faire™ Event in Madison.

Visit the trade show calendar here to find events at more than 50 U.S. institutions in 2015.