To many people, antioxidants are simply thought of as a good thing to consume, even if the reason why is not clear.  A new study from the University of California, San Diego, shows that an overdose of antioxidants can actually inhibit the healing process. 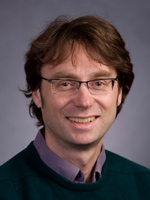 Antioxidants rose in popularity because of the stigma against reactive oxygen species (ROS), also known as free radicals. Free radicals have gotten a bad rap for damaging cells, tissues, and even DNA. They have even been associated with premature aging and cancer. Despite all this, UCSD professor of biology Andrew Chisholm decided to study ROS in more detail to see if there wasn’t more to the story.

Chisholm and his team found that free radicals do in fact serve an important function, and that attempting to completely eradicate them using antioxidants is unhealthy. “It appears you need some optimal level of ROS signaling,” explains Chisholm in a UCSD press release. “Too much is bad for you, but too little is also bad.” In the team’s experiments, a c. elegans roundworm (displayed below, courtesy UCSD) was genetically modified so that it wouldn’t produce any free radicals. Instead of making the worms healthier, the team instead found that it prevented the worms from properly healing. 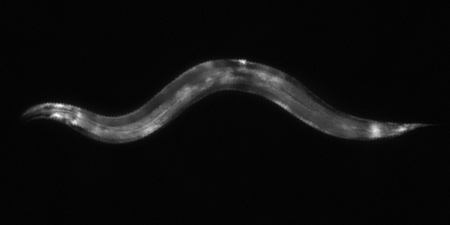 “We discovered in our experiments that when we knocked out the genes that produced ROS in the mitochondria and eliminated antioxidants, the roundworms had trouble closing up their wounds. We also found that a little more ROS helped the wounds close faster than normal.”

That is, a proper amount of free radicals actually accelerates the healing process. Chisholm and the team are next looking to develop new pharmaceuticals to treat the elderly and people with diabetes who have chronic issues with wound healing.

The project was supported by a grant from the National Institute of General Medical Sciences (NIGMS) of the National Institutes of Health. To obtain more detailed information regarding funding, research, and development at UCSD, read Biotechnology Calendar’s complimentary University of California, San Diego Funding and Vendor Statistics report.

Biotechnology Calendar, Inc.  makes an appearance at the University of California, San Diego campus each year for its San Diego Biotechnology Vendor Showcase™, held next on February 12, 2015. This event is an excellent opportunity for life science professionals to network and for laboratory product vendors to market their products to a receptive academic audience. Biotechnology Calendar, Inc. is a full service event company that has produced on-campus, life science research trade shows nationwide for the past 20 years. If you are a university researcher or a laboratory product vendor, consider attending one of our on-campus trade shows: here is our 2015 schedule of events.