A University of California Riverside assistant professor of entomology has received a $2.3 million grant from the National Institutes of Health to develop new ways to combat mosquitoes, one of the world’s most lethal disease carriers. 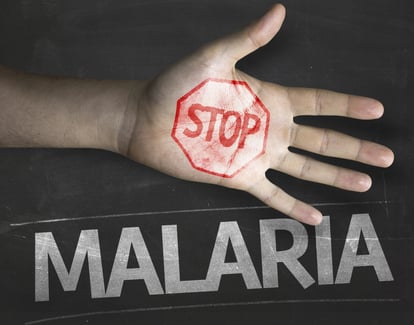 Naoki Yamanaka’s research program is one of 89 High-Risk, High Reward grants given by NIH to scientists proposing highly innovative research to address major challenges in biomedical research. His focus will be on the role of steroid hormone transporters in insect development and reproduction, which will translate into new methods of controlling the spread of mosquitoes.

“The overall goal of this project is to challenge the conventional paradigm in endocrinology that steroid hormones freely travel across cell membranes by simple diffusion,” Yamanaka said in a UCR News report. “We will also screen chemicals that inhibit steroid hormone entry into cells, with the goal of developing new pest control reagents.”

Yamanaka’s team will initially focus on the fruit fly to determine how the insect’s steroid hormone ecdysone is transported in and out of cells through proteins called membrane transporters. The next step would be to determine how to block the transporters as a way to slow insect growth and development in the mosquito that carries yellow fever.

“By targeting the membrane transporter from outside the cells, we may be able to circumvent common pesticide resistance machinery provided by proteins within the cells, such as detoxification enzymes and drug efflux pumps,” Yamanaka continued.

Mosquito-borne diseases, particularly malaria, cause millions of deaths annually throughout the world, according to the World Health Organization.

Yamanaka’s award is being funded under the NIH’s New Innovator Award, which supports “unusually innovative research from early career investigators who are within 10 years of their final degree or clinical residency and have not yet received a research project grant or equivalent NIH grant.”

The University of California, Riverside’s Bridges to the Baccalaureate Program has received the 2018 Inspiring Programs in STEM Award from INSIGHT Into Diversity Magazine. It honors colleges and universities that encourages students from underrepresented groups to enter science, technology, engineering and mathematics (STEM) fields.

In 2017, the university and Riverside City College received a $816,000 grant from NIH’s National Institute of General Medical Sciences to facilitate the transfer of college students into STEM majors. The five-year grant launched the new partnership between the two campuses – both federally designated Hispanic Serving Institutions.

The university also earned national recognition in the U.S. National News & World Report’s 2019 Best Colleges rankings – jumping from 124 in 2018 to 85.

In determining the rankings, U.S News measures factors including outcomes, faculty resources, peer opinion, financial resources, student excellence and alumni giving, Added this year was a new category, social mobility, which considers how a university moves its graduates from the lowest to the highest income brackets.

In other national college rankings, the university was named No. 28 in the U.S. by Washington Monthly and No. 32 by Money Magazine.

If you are a Riverside area researcher, or life science professional you are invited to the upcoming:

If you are a research lab supply, service or equipment company and would like to educate University of California, Riverside researchers about products they can use to save time or improve accuracy in the discovery process, you should plan on participating at this event.