Part of what makes HIV such a difficult disease to treat is the fact that it is constantly mutating. However, in some cases, people’s immune systems will also adapt -creating natural antibodies that are effective against the HIV virus. (Image: HIV infected t9 cell - NIAID.nih.gov)

“As HIV mutates in a patient, the immune system continually adapts. In some patients, this process produces broadly neutralizing antibodies, which are unusual antibodies that can bind to and neutralize a wide range of globally occurring HIV variants. These are the antibodies we want to try to elicit with a vaccine,” said first author of the study Pia Dosenovic from Rockefeller University’s Lab of Molecular Immunology.

While the majority of HIV patients have no natural defense against the disease’s constant mutations, some people infected with HIV will naturally develop antibodies that effectively target the virus at various stages. “Our experiments suggest that by stimulating the immune response with tailored immunizations at specific stages, it may be possible to successfully mimic this process,” says co-first author Lotta von Boehmer, also from Rockefeller University.

The study used two antigens, including an engineered antigen that showed promise in early stages of HIV infection by “prompting the antibody-producing B cells to proliferate and produce antibodies with key traits representing a preliminary step toward the production of broadly neutralizing antibodies. Meanwhile, the more natural antigen was more effective later on, inciting the mice to produce antibodies capable of neutralizing a number of different HIV strains.” (rockefeller.edu)

These results suggest that the key to a successful HIV “vaccine” is actually a series of tailored immunizations engineered to guide and bolster the human body’s immune system to produce crucial antibodies that neutralize the virus.

“While our results suggest sequential immunizations may make it possible to vaccinate against HIV, we have only just begun to understand how this sequence would work,” Dosenovic says. “We know the beginning and the end, but we don’t know what should happen in the middle.” 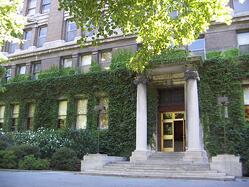 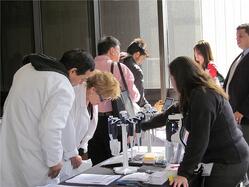 Biotechnology and lab supply vendors interested in meeting these and more highly funded researchers from Rockefeller University have an amazing opportunity to attend a premier life science event this September.

The 19th Semiannual BioResearch Product Faire™ event at Rockefeller University is the best opportunity for members of the life science research community to find the latest in biotech, lab supplies and lab equipment in one place, on their own campus.

For more information about attending this popular life science event at prestigious Rockefeller University, click the appropriate link below: