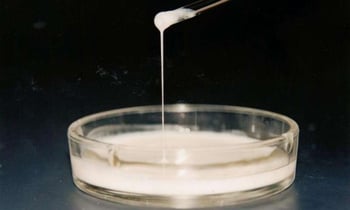 According to a university press release, development of Ropy 352 began in the early 1990’s, and now it has begun to go into commercial use in a $120 billion annual probiotic food industry.

In contrast to currently used dairy thickening agents, such as xanthum gum, the new polymer is derived from a non-disease causing bacterium. This means that the substance could potentially add probiotic characteristics to certain products such as milk, yogurt, soft cheeses, and a variety of fermented foods, which promotes good bacteria and optimum digestive health.

Xanthum gum, on the other hand, is generally recognized as safe by the FDA, but comes from a plant pathogen that is thought to be the cause of digestive distress and is pyrogenic, or fever-inducing. 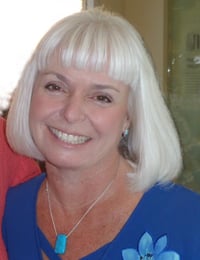 “This is one of many naturally occurring, non-disease-causing bacterial strains my research program isolated and studied for years,” said Janine Trempy, an OSU microbiologist.  “We discovered that this bacterium had a brand-new, never-before reported grouping of genes that code for a unique polymer that naturally thickens milk. In basic research, we’ve also broadened our understanding of how and why non-disease-causing bacteria produce polymers.”

So far, the team has found that Ropy 352 has the ability to thicken a variety of milk products, including, whole milk, non-fat milk, lactose-free milk, coconut milk, and rice milk.

“There are actually very few new, non-disease-causing bacterial strains that produce unique polymers with characteristics desirable and safe for food products,” Trempy said. “In the case of a dairy thickener, for instance, a bacterium such as Ropy 352 ferments the sugar in the milk and produces a substance that changes the milk’s properties.” 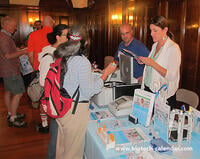 This event is a great opportunity to network and learn about the latest biotech and lab supplies, at no cost to researchers. For more information about participating in this premier life science event, click below: