This NIH funding will be used to establish a Kids First Data Research Center (DRC), the largest database of its kind. Portland researchers from the Oregon Health and Science University Knight Cancer Institute participating in this center will have access to a large database filled with genomic data from pediatric patients, providing more opportunity to research and deepen their understanding of pediatric cancer and other common diseases affecting children. Along with OHSU researchers, scientists from around the world can work collaboratively with those from the DRC to use the provided data in their research.

"There is an unprecedented amount of genomic data available, and these data hold the promise of yielding breakthroughs for debilitating pediatric diseases," explained Adam Margolin, PhD, director of the OHSU department of computational biology and a professor of biomedical engineering. "The idea behind the DRC is to unlock this potential by allowing researchers and clinicians across the world to easily apply advanced analytics to as mush pediatric cancer and rare disease data as possible." 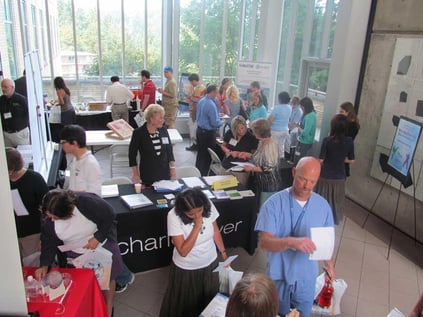 Oregon Health and Science University is a top ranked research institution, receiving substantial amounts of funding from the National Institutes of Health each year. In the 2016 fiscal year, OHSU received more than $182.6 million in NIH funding.

Departments at the university receiving the most funding from the NIH include:

To learn more about participating in the upcoming event at OHSU on 11/9/2017, as well as to receive more funding stats, visit the following link: