We saw this July how researchers can help beneficial drugs evade an overly belligerent immune system by coating them in a honey mixture. Perhaps unsurprisingly, highly evolved pathogens are able to sneak past and even distract the defense mechanisms of plants. Bringing hope to the situation is a research group at Michigan State University at East Lansing who has found out a way to empower plants against such tricky attacks. 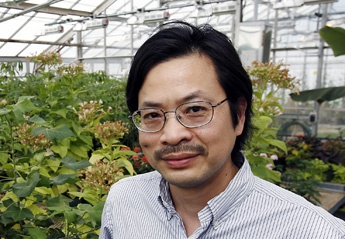 Sheng Yang He, an MSU Distinguished Professor in the MSU-Department of Energy Plant Research Laboratory, came up with a simple concept for a solution. If the sensors were getting confused by this imposter toxin, then why not refine the sensors so that it won’t be fooled? With this idea in mind, He and his team engineered a more accurate jasmonate receptor for the plants. This sounds like a simple idea but it’s one of the first times such a receptor has been successfully crafted in the lab.

“This is the first example of using receptor engineering to fix a disease-vulnerable component of the plant immune system that is frequently hijacked by highly evolved pathogens to cause disease,” says He in a recent Michigan State University article. Their main breakthrough, in He’s eyes, was making a sensor that could tell the difference between jasmonate and its imposter, and more importantly, not react to the imposter.

Tests involving the upgraded receptor are going smoothly, as He points out:

“We show that modified Arabidopsis plants equipped with the repaired jasmonate decoding system not only protects against insects, but it also does not allow bacteria to cause disease.”

The work is garnering interest from the research community, as it is a novel approach to handling biological shortcomings.

This research was funded in part by the National Institutes of Health. For more information on the grants MSU earns with its outstanding research, peruse our free Funding Statistics report, below:

Biotechnology Calendar, Inc. pays a visit to Michigan State University each year for the East Lansing BioResearch Product Faire™, a life science event held right on the university campus. Our next East Lansing event will be held next summer, on July 27, 2016. Biotechnology Calendar is a full service event company that has produced on-campus, life science research trade shows nationwide for the past 20 years. We plan and promote each event to bring the best products and services to the finest research campuses across the country. If you are a university researcher or a laboratory product vendor, consider attending one of our on-campus trade shows: here is our 2015 schedule and our recently released 2016 schedule of events.