The mosquito-borne disease malaria is a threat to the  3.4 billion people living in the 106 countries where malaria has not been eradicated. Many of the countries at risk are located in Africa and parts of Asia. Although it was eliminated from the United States in the 1950's, U.S. travels account for between 1,500 and 2,000 malarial cases annually. There are drugs that can treat the disease, however these drugs are not effective everywhere due to drug resistance.

It was announced earlier this year that researchers at Georgetown University in Washington DC will be heading a  $4.75 million, 3 institution study that will focus on identifying new combinations of drugs that will effectively combat drug resistant malaria. (Image on right courtesy of Wikimedia Commons).

The institutions that will be involved in this project are:

The $4.75 million research study will be led by Paul Roepe, a Georgetown professor and co-founder of the Georgetown Center for Infectious Disease. Roepe has been studying how drugs become ineffective at treating malaria, and in a past study in 2013 he found that autophagy is linked to drug resistance, which helps some cells restore themselves back to normal after being damaged. In malaria, cells that have been affected by drugs can restore themselves, rendering the drugs useless and forming drug-resistance.

With this in mind, the new study will research combinations of 2 or more drugs that together are effective at treating current drug-resistant strains of malaria.

Roepe explained that "combination therapy has the best chance of reducing the frequency at which new drug resistance phenomena emerge, and our preliminary data suggest that dozens of previously unrecognized drug combinations with high degrees of synergy can be rapidly identified by our new approach.”

Studying combinations of drugs to fight malaria will lower the chances of the disease becoming resistant to them, and lead to many potential new antimalarial drugs that can help treat this disease around the world. 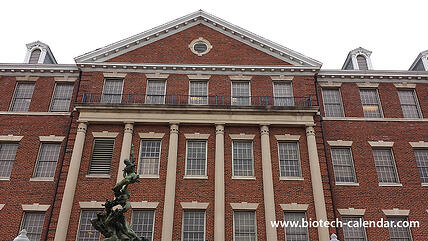 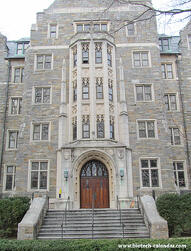 This $4.75 million NIH grant is just part of the $46 million in funding from the NIH Georgetown University received in the 2014 fiscal year to support life science researchers with their work.

Research departments that received significant portions of this funding include:

*Data above collected from the NIH RePorter

To meet with researchers at this well-funded institution, consider participating in the 16th annual BioResearch Product Faire™ Event happening at Georgetown on May 1, 2015. This event gives lab suppliers and researchers the chance to meet face-to-face to discuss new products and technologies that are available to help researchers in their labs.

To learn more about participating in this event as either an exhibitor or a researcher, visit the appropriate link below:

To learn more about ongoing research projects and new funding around the U.S., subscribe to the Science Market Update blog in the upper right corner of this page.