UW-Madison Contributes $15B to Economy with Bioresearch, Jobs & Hospitals 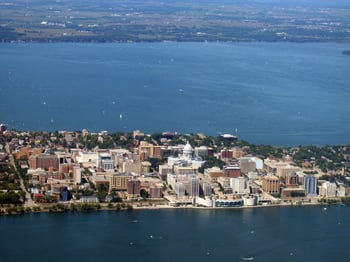 The University of Wisconsin-Madison and its multitude of health and science-related facilities is a driving force in Wisconsin’s economy, according to a recent university report.

The report, which looked at the annual economic impact of UW-Madison, UW Hospital and Clinics, startup businesses, and related organizations, stated that the University of Wisconsin-Madison, contributes $15 billion annually to the Wisconsin economy. This represents an increase from $12.4 billion reported in 2011. Additionally, the number of jobs credited with being created by UW-Madison increased to 193,310 from 128,146 in the 2011 report

The report went on to explain that for every tax dollar spent on UW Madison, $24 dollars are generated for the state’s economy, up from $21.05 in 2011.

“The University of Wisconsin has thrived because of the investment Wisconsin’s taxpayers and leaders have made over many generations,” Blank said. “In turn, we are now a major economic driver. This study shows that there is no doubt that a strong UW–Madison is essential to the growth of Wisconsin’s economy.” 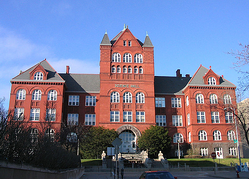 According to reporters, the $3 billion increase in economic impact is partly due to the expansion ofUW Hospital and Clinics, increased funding for UW-Madison research and a more robust effort to translate university research into start-up companies.

UW–Madison is the fourth largest research institution in the nation and the second-highest funded public university in the nation. UW Madison generated awards in 2013 reaching more than $1.1 billion, and has consistently ranked among the top five universities overall for research funding secured from all sources — federal, private and state — for more than 20 years. Furthermore, research at UW-Madison has resulted in 311 startup companies in Wisconsin, representing 24,972 jobs and contributing approximately $2.3 billion to the Wisconsin economy.

As a leading research institution, UW-Madison is a lucrative market for the sales of lab supplies and products. Researchers in Madison are highly-subsidized for their important research, and spend millions of dollars annually on lab products. 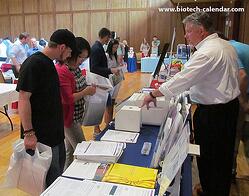 One of the best places for lab vendors to meet with nearly 300 active researchers from UW-Madison is at the 16th Annual BioResearch Product Faire™ Event at The University of Wisconsin on July 17, 2015.

Last year, the BioResearch Product Faire™ Event at the University of Wisconsin attracted nearly 300 attendees from 47 different research buildings and 52 on-campus departments, with a 26% decision-maker average.

Please take this opportunity to learn more about promoting your products directly to researchers in the lucrative University of Wisconsin research marketplace: