The Department Of Energy awarded the University Of Illinois a $10.6 million grant for biofuel research. Biotech scientists are working to find new ways to create biofuels that would reduce dependence on petroleum fuel.

“You’re no longer at the mercy of the oil market,” said Stephen Long, director of Renewable Oil Generated with Ultra-productive Energycane project, ROGUE.

ROGUE aims to create biofuel more efficiently through Genetically Modified Organisms in plants. Instead of using soybeans, the researchers are using sugarcane-related plants. This is a novel approach considering most biodiesel comes from canola oil or soybeans. However, the researchers aren't worried about what to expect. 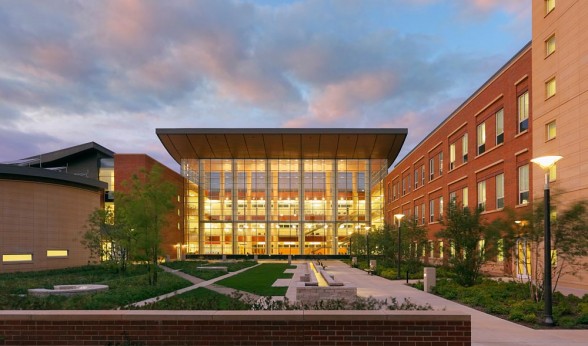 The University Of Illinois, Urbana-Champaign

Oil prices are expected to rise in the coming years. This summer, consumers can expect to pay 14% more for gas compared to last summer. Brent crude, the global benchmark for oil, rose 3.5% earlier this month to $71.04 a barrel. This is the highest price since late 2014.

If research in biotechnology can develop new and more reliable forms of fuel, it can reduce dependence on oil and combat high fuel prices.

Oil also has a severe impact on the environment. When it's burned as a fuel, it gives off the following emissions:

Carbon dioxide is a greenhouse gas that contributes to global warming. NOX and VOCs cause ground-level ozone that's unhealthy for the lungs. PM leads to hazy conditions that contribute to asthma and chronic bronchitis in children and the elderly.

By initiating the shift from petroleum-based fuel to biofuels, researchers can make a positive impact on the environment.

Consider these other key funding statistics:

Researchers who are ready to amplify their brand and boost sales for 2018 should join us at our 17th Annual BioResearch Product Faire™ Event at University of Illinois, Urbana-Champaign. This event takes place on May 25, 2018, and spaces are limited.