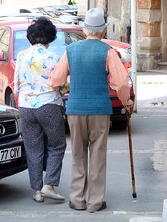 You might not find the holy grail anytime soon, but that doesn't mean you won't live a long and healthy life. Researchers at the Mayo Clinic in Rochester, MN, in collaboration with researchers from around the country, including at the Scripps Research Institute, recently uncovered a new class of drugs that were able to reverse symptoms of aging in mice.

Mayo Clinic researchers tested 46 drugs from the newly discovered class that were able to reduce the amount of senescent cells in mice. Senescent cells largely contribute to many diseases that come with old age by appearing at sites where age-related diseases occur. Dasatanib and quercetin, two of the new drugs, were found to be most effective in reducing sensecent cells and, when combined, created visible declines in the signs of aging. (Photo courtesy of Adam63 via Wikimedia Commons).

By killing only senescent cells and not damaging other cells or tissue nearby, the new drugs – called senolytics – reduced vascular problems, weakening muscles, and some neurological problems that come with age. Changes in cell and tissue composition appeared in the mice who showed lasting effects from the drugs.

James Kirkland, M.D., Ph.D. from the Mayo Clinic Center on Aging, explained that “if translatable to humans — which makes sense as we were using human cells in many of the tests – this type of therapy could keep the effects of aging at bay and significantly extend the healthspan of patients.”

Further studies and research involving these new drugs are underway in Rochester, MN, but current results show that there might be potential to develop similar methods to treat aging in humans.

Dr. Felipe Sierra from the National Institute on Aging’s Division of Aging Biology, explained that “while far too early to predict a clinical relevance, this work demonstrates a novel and exciting way to address multiple morbidities affecting the elderly, at least in a mouse model of accelerated aging. It will be interesting to see further senolytics developed and tested in normal mice and other animal models.” 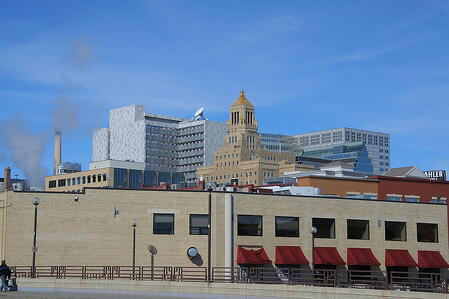 The Mayo Clinic is a renowned research institution with locations spread throughout the country. The flagship location, in Rochester, MN, is a leader in research and innovation. In the 2014 fiscal year, the Rochester clinic received over $200 million in life science funding from the National Institutes of Health to support research and facilities.

Interested in marketing lab supplies to researchers in the Rochester area? Biotechnology Calendar, Inc. produces an annual BioResearch Product Faire™ event in Rochester that provides lab suppliers with the opportunity to meet face-to-face with more than 100 life science researchers in Minnesota interested in finding new products and technologies to use in their labs.

Visit the link below to learn more about participating in the upcoming 10th Annual BioResearch Product Faire™ on May 21, 2015:

Researchers in Rochester are invited to visit the link below to learn more about the upcoming May 21st, 2015 event, and to pre-register: