Though researchers have known for some time that eating a Mediterranean diet is good for the heart and can even help fight cancer, nobody has known exactly how it affects our bodies so positively. Now at Ohio State University, a new study shows how one compound in particular assists in the natural death of cancer cells.

While this breakthrough sounds similar to our Science Market Update article last week in which we discussed blocking cancer cell signals to prevent cancer cells from calling over healers, this food-based compound takes a very different approach to stopping cancer proliferation. In effect, you could say that the simultaneous research is cornering cancer, finding ways to shut down all its tricks and tools. 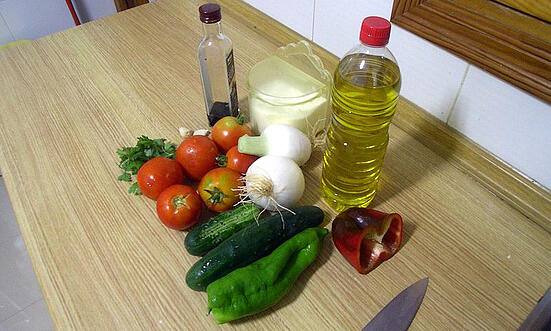 (A generalization of the Mediterranean diet, which focuses on fruits, vegetables, fish, and olive oil. Courtesy of Wikimedia Commons and popsique.)

The compound in question is called apigenin, and it is found in several vegetables, like parsley and celery. It has already made a healthful name for itself as an anti-inflammatory compound. It also has the property of promoting normal splice forms in cells of the body. Normally, cells splice only once when they reproduce. But cancer cells have an additional trick: they utilize a second form of splicing to proliferate twice as fast as normal cell growth rate. Apigenin is able to normalize the behavior of the cancer cells, forcing them to play by the rules and die at a regular rate.  In the words of Andrea Doseff, associate professor of internal medicine and molecular genetics at Ohio State:

“[B]y applying this nutrient, we can activate that killing machinery. The nutrient eliminated the splicing form that inhibited cell death…this suggests that when we eat healthfully, we are actually promoting more normal splice forms inside the cells in our bodies.”

While Doseff promotes the idea of eating a diet rich in fruits and vegetables, which provide the body with a natural source of apigenin, she is also testing food modified to contain apigenin to see if it has the same effects. 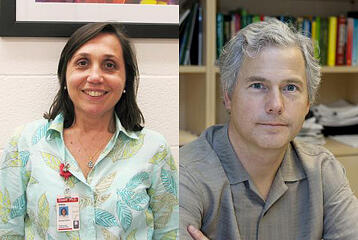 The co-authors of the study, Doseff and professor of molecular genetics Erich Grotewold, are just as excited by the discovery as they are by the technique they developed in the process of finding it. Their new biomedical research method, which they compare to “fishing for proteins,” places a molecule inside a cell and tests what proteins binds with it. It’s similar to casting a particular kind of bait in a lake and seeing what kinds of fish are attracted to it. Apigenin reacts to this method by binding with several proteins, most notably those that influence the production of RNA. It was by this technique that the team realized that the cancer cells were using RNA to splice twice, and that the apigenin was preventing them from doing that.

Biotechnology Calendar, Inc. will be on the Ohio State University Campus next on August 8th, 2013 for our Columbus BioResearch Product Faire™ event. This show is an excellent opportunity for life science scientists and laboratory equipment suppliers to network and discuss their research needs and solutions. To see our 2013 show schedule, click here. To attend the Columbus BioResearch Product Faire™ specifically, click this button: