A few weeks ago the Food and Drug Administration announced a ban on the chemical bisphenol A (BPA) in all baby bottles and plastic children's cups. BPA is an estrogen-mimicking molecule that can cause significant developmental problems in children. The federal ban comes on the heels of several state BPA bans, including one in Washington State.

Although the Federal BPA Ban is a significant political event, it may not have gone far enough to prevent the harmful effects of the chemical. According to Dr. Patricia Hunt, a Washington State University (WSU) genetics researcher in the School of Molecular Biosciences, the ban will be functionally ineffective. She said that the plastics industry has largely already transitioned away from BPA and is now using similar substances not prohibited by the ban. For example, the very similar compound BPA-F is not covered by the ban and may have effects that are just as harmful as BPA.

Hunt fears that the ban will only serve to give consumers a false sense of safety. Quoted in a recent article, she said, "When we go for that BPA free bottle we’re not always going to get something that’s completely free of this chemical because the manufacturers can tweak this molecule a little bit, so it’s a similar molecule but it can have just as bad of affect in the body.” 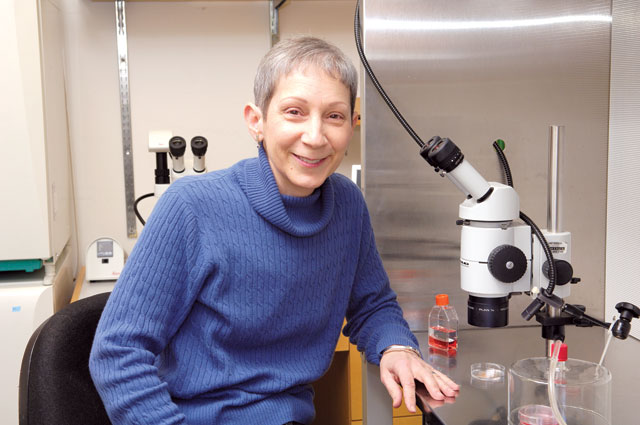 (Image of Patricia Hunt courtesy of In Health NW)

Patricia Hunt has previously done extensive research revealing the harmful effects of BPA. In fact, Hunt's discovery of genetic abnormalities in mice inadvertently exposed to BPA through their water bottles was one of the initial studies that brought attention to the harmful effects of the substance. She believes that there is ample evidence that exposure to BPA can lead to significant problems. Infant or fetal exposure to the chemical has been linked to everything from decreased adult fertility to behavioral changes, as well as to breast and prostate cancer later in life.

Hunt said that the problem is not just with BPA, but with the entire family of chemicals associated with it. She said, "BPA is like the poster child for this class of chemicals that are endocrine disruptors that can interfere with our body’s hormones, [and] it is particularly harmful to the unborn and the newborn.”

If a BPA ban can ever hope to truly protect public health it must take on not only BPA, but also all of its similar harmful derivatives.

If you are a life science researcher or laboratory manager in need of new research tools, or a lab supply vendor in the Pullman area interested in the WSU research marketplace, plan on attending Biotechnology Calendar Inc.'s Pullman BioResearch Product Faire™ trade show at Washington State University on October 23, 2012.

For more information on the WSU marketplace click the button below.