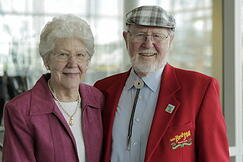 The new center will focus on research into whole foods and nutritional health with a special focus on the prevention of childhood obesity and the promotion of healthy eating. Emily Ho, associate professor of nutrition at OSU, commented on the opening of the center saying, “With a focus on whole foods....the center will be a catalyst in bringing together campus educators, researchers and those in community outreach to address our nation’s health in practical, concrete ways. There is a huge gap between science and application, which our center is uniquely positioned to address.”

The completion of the center would not have been possible without the generous $5 million donation made by the Moore's, the second largest donation in the history of OSU. They were also instrumental in providing state of the art lab equipment and education technology for the modern facility.

The center's new facilities are already getting positive feedback from professors, researchers, and students alike. Mary Cluskey, Associate Professor and director of food labs, said that there  is a "night-and-day" difference between the new labs and the old. she said the new labs "really put the students in a position to see the kinds of spaces they’ll see when they go out into the real world.” Her students seemed to agree. One student said “They’re more high-tech" and that they are way better at familiarizing students with "commercial cooking techniques."

The Moore Family Center also promises to advance research possibilities in the nutritional sciences at OSU and is a part of the institutions long-term capital plan.  Over the year's Oregon State University has received significant funding for the creation of new academic research facilities.  The school recently opened the doors to the $62.5 million Linus Pauling Science Center, which houses researchers studying life science, biology, and chemistry.

Oregon State University is a powerhouse among the state's academic institutions and receives private and public funding comparable top the top research institutions around the nation.  During the 2011 FY, OSU's research funding totaled $261 million. It is also one of two universities in the United States to hold the title of being a land, sea, space and sun grant institution.

Biotechnology Calendar Inc. will be on the OSU campus in Corvallis on October 12, 2011 to host our 6th Annual BioResearch Product Faire event on the OSU campus. For research funding data on OSU and information on the October tradeshow event, click the button below: