Protein research at Michigan State University has lead to the development of a new protein structure which could neutralize flu viruses during an epidemic. The team of international researchers working on the project were lead by Tim Whitehead, assistant professor of materials science and chemical engineering at MSU (image courtesy of MSU).

The researchers developed a novel approach which uses manufactured genes as antiviral mechanisms to disrupt key functions of several of the most dangerous flu viruses. Whitehead said that their best protein design has been effective at attacking  H5N1 (Avian flu) and H1N1 (Swine flu, Spanish flu) subtypes. 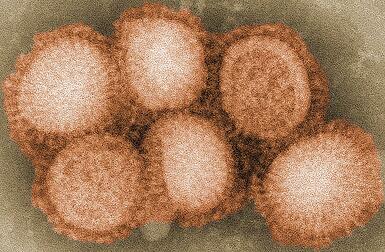 In order to develop these new proteins, Whitehead and his team used computer design to create proteins which target the viruses vulnerable areas. They then mapped all the mutations that caused the protein to have an advantage when attacking the virus. They also optimized the performance of their proteins using a technique called “DNA deep sequencing” to sequence millions of versions of their proteins simultaneously and come up with the best composite structure.

This MSU protein research has the potential to significantly advance protein development techniques. Whitehead summed up the project saying, “Our work demonstrates a new approach to construct therapeutic proteins, which we hope will spur development of new protein drugs by the biopharmaceutical industry.”

•    In 2012, Michigan State University will open the doors to a $43 Million collaborative research facility.  The Plant Biology Laboratories and Soil Sciences Building will house researchers attempting to help the quality of food that humans produce.

There are 4 spaces left at MSU and at UM.  If you would like one, please call me by April 14th and you will also qualify for the early registration discount.

Biotechnology Calendar, Inc. is a full-service event marketing and planning company producing on-campus life science research tradeshows nationwide for going on 19 years. We plan and promote each event to bring the best products and services to the best research campuses across the country. Come meet researchers at Michigan State University on July 12, 2012 when we hold our 2nd Annual BioResearch Product Faire™ event on the East Lansing campus or see our nationwide show schedule for 2012.  For information on exhibiting click the button below: