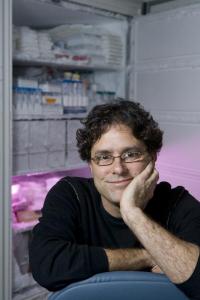 The Center for Human Genome Variation (CHGV) at Duke University School of Medicine has just received a $25M grant to lead a 5-year, international study to identify the genetic basis of human epilepsy. The grant was awarded as part of a genetics of epilepsy "Center without Walls" initiative funded by the National Institute of Neurological Diseases and Stroke (NINDS) to a team of leaders in epilepsy and human genetics from around the world.  Heading that team is Dr. David Goldstein, who is a professor of Molecular Genetics & Microbiology, professor of Biology, and director of the CHGV at Duke.

According to Dr. Goldstein:

"This grant allows us to study the genomes of epilepsy patients on a sufficiently large scale that we should be able to identify many new genes involved in the risk of epilepsy."

Epilepsy affects an estimated 3% of the world population and shows indications of being inherited, though little is currently known about its place in the human genome. In this Center without Walls study, researchers will be able to analyze the genomes of 4,000 epilepsy patients drawn from clinics throughout the world.

"Our hope is that these discoveries will provide validated targets for the development of new drugs and will help to determine how best to treat each individual patient based on their own genetic profile."

The two other key members of the nascent Center without Walls for epilepsy genetics research are:

According to the NINDS "The program will bring together the best investigators, regardless of geographic location, and is a novel and innovative approach to harnessing the best research to address difficult needs in a particular field."  Data will come from around the world to Duke's CHGV, where, under Dr. Goldstein's direction, the genomics work will take place.

If you are a supplier of life science research laboratory equipment in the Research Triangle Area of Durham, Chapel Hill, and Raleigh, North Carolina, come to Biotechnology Calendar Inc.'s Duke BioResearch Product Faire™ trade show event April 19th, 2012.  This annual event, now in its 13th year, is an excellent opportunity to network with researchers, lab managers, purchasing agents and other industry professionals to showcase and discover the latest in laboratory technology.