The record increase was made possible by federal stimulus dollars combined with the different focuses of the three universities. The distinct science and research orientations of UO, OSU, and OHSU insured that they were not competitors for new research funding in the form of grants and other awards.

Although all three universities had impressive funding increases, the most impressive growth during the past decade was accomplished by UO. Over the past decade UO's research funding and expenditures have risen sharply. UO’s yearly research funding totals rose 135% from $57.8 million in 2001. Expenditures on new research equipment supplies and other materials rose 4.8% from 2009 to hit a record of $115.6 million in 2010. 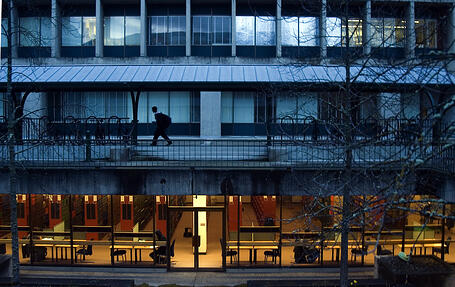 Image courtesy of the University of Oregon library (http://boundless.uoregon.edu/u?/uostock,62)

The University of Oregon is one of the highest ranking members of the Association of American Universities (AAU) for growth in new research funding and expenditures. OU ranked 11th in the AAU with a 137 percent increase in research spending in the last decade. Additionally, the latest statistics from the National Science Foundation show that the University of Oregon's research expenditures per faculty member ranked third among the members at the AAU with an increase of 50 percent.

Despite the massive funding increases at UO it still only ranked third in Oregon for total funding received. UO's $135.6 million in new funding was surpassed by Oregon State University with $275 million and Oregon Health and Science University with a record $392 million.

UO, OSU, and OHSU will likely take advantage of their funding increases to expand and improve their existing programs and facilities and foster new research innovative ideas.

If you are an Oregon Area Researcher, you are invited to attend and network with other life science researchers and interact with top laboratory suppliers as they demonstrate the most recent advances in science laboratory equipment These Biotechnology Calendar, Inc. events are being held at top Oregon Institutions this fall, including Biotechnology Research Faire™ Events UO, OSU, or OHSU  on the following dates University of Oregon on October 1,1 2011, at Oregon State University on October 12, 2011, or at Oregon Health and Science University on September 9, 2011.

For laboratory suppliers seeking more information about upcoming vendor shows and the Oregon University research markets click on the buttons below and complete the form to have current information sent to you.