Last year, we reported on the shocking discovery of bacteria that could create an electric current by trading electrons with each other and their surroundings. The pair of microbiologists at the University of Minnesota who led the research speculated that there was much to learn and understand about these “electric bacteria.” Now research from the University of Southern California proves them right with a breakthrough realization about a special type of electric bacteria that extends electric wires from its body.

In order to make use of electric bacteria, we have to first understand how they work. For instance, USC assistant professor Moh El-Naggar (below, courtesy USC) studies a type of electric bacteria that is covered in electric wires. He is excited about using them in circuitry, but first he had to determine the nature of the wires. The prevailing hypothesis in the field was that the wires were really pili, tiny hairs that allow bacteria to cling to surfaces. Concerned that this guess may be incorrect, El-Naggar and his USC research team set out to discover exactly what these wires were made of. 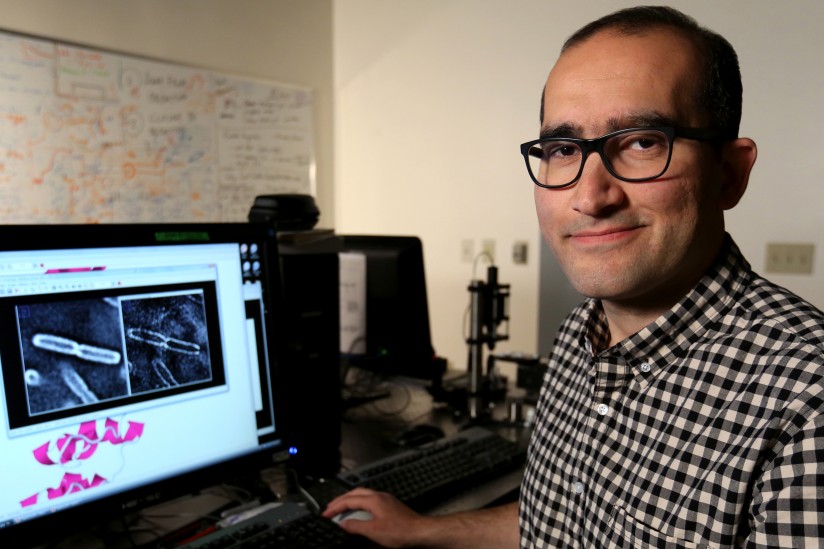 First, the team noticed that while the bacteria created its nanowires, there was no evidence of increased expression of pili genes. That is, the nanowires were comprised of something entirely different from pili. To find out exactly what, the team stained different parts of the bacterium and then cut off its oxygen supply. Without oxygen, the bacterium extends its nanowires in a desperate attempt to get energy. El-Naggar then noticed that the nanowires were actually parts of the membrane, specifically, proteins in the outer membrane known as cytochromes. 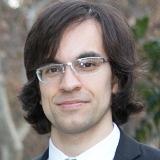 Though this explanation makes the team’s work seem somewhat simple, as with most biotechnology projects this couldn’t be farther from the truth. “It took us about a year just to develop the experimental set-up and figure out the right conditions for the bacteria to produce nanowires,” says USC graduate student Sahand Pirbadian (left, courtesy USC), who came up with the idea of staining the bacteria. “But it was well worth the effort because the outcome was very surprising — but in hindsight made a lot of sense.”

While the Minnesota lab last year saw electric bacteria as a way to generate free electricity, the USC team believes that “this research has the potential to inform the creation of living, microbial circuits — forming the foundation of hybrid biological-synthetic electronic devices,” according to a USC article. In other words, this could be the beginnings of cyborg technology.

This research was funded at USC by the U.S. Department of Energy and Air Force Office of Scientific Research. For more funding information regarding research projects at USC, have a look at our free University of Southern California Funding Report, available below:

If you are a laboratory supplier in the LA area who would like to boost awareness of your products and increase scientific sales, plan to attend Biotechnology Calendar, Inc.'s next BioResearch Product Faire™ Event at the University of Southern California, Health Science Campus. This event is held annually on the USC Health Science campus and will happen next on October 8, 2014. Biotechnology Calendar, Inc. has been bringing life science research trade shows to top research campuses for 20 years now. To reserve space for our USC show, please click the button below. If you’d like to attend a show closer to home, please see our 2014 schedule.