The University of California, San Diego recently received a $12.5 million grant from the National Institutes of Health to fund Alzheimer’s disease research. The 2014 study was awarded life science research funding from the administering institute: National Institute on Aging. Dr. Paul Aisen, the project leader, joined the Department of Neurosciences at UCSD in 2007. Before being appointed director of the Alzheimer’s Disease Cooperative Study (ADCS) at the University of California, San Diego, he was a professor of neurology and medicine and director of the Memory Disorders Program at Georgetown University School of Medicine.

“The overall aim of the ADCS is to advance research in the development of interventions that might be useful for treating, delaying, or preventing AD, particularly interventions that might not be developed by industry,” stated by the researchers on the NIH project information page. “In particular, the ADCS has focused on instrument and trial methodology, and the testing of potential therapeutics that might not otherwise be studied by the pharmaceutical industry. For the coming grant cycle, the ADCS will continue its efforts to advance therapeutics through controlled clinical trials, development of novel instruments and trial designs, recruitment efforts (with particular attention to recruitment of minority subjects). The organization will continue its recent emphasis on collaboration and data sharing.” 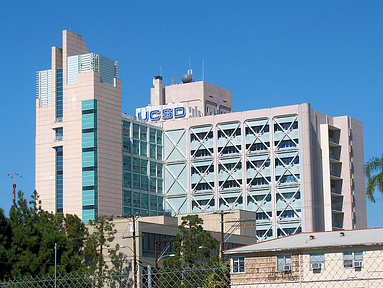 Given the staggering amount of life science research funding University of California, San Diego research lab scientists receive, lab suppliers on the West Coast may want to increase their brand recognition at this well-funded research institution. On August 28th, 2014, Biotechnology Calendar, Inc. will host our Biotechnology Vendor Showcase™ Event at the University of California, San Diego. Last year, this event drew crowds of over 600 attendees, of which 214 were purchasing agents, professors and post docs, and 83 were lab managers.

Biotechnology Calendar, Inc. is a full-service science research marketing and events-planning company that organizes vendor shows at universities where research lab scientists receive a wealth of life science research funding. If you are interested in exhibiting at a vendor show closer to home, we encourage you to view our 2014 calendar of events. For more information on the Biotechnology Vendor Showcase™ Event at the University of California, San Diego, or to get more funding statistics for UCSD, click on the button below.