Urbana Researcher Contradicts on Cause of Heart Disease

Low-density Lipoprotein (LDL) has been considered to be the major cause of heart disease. However, Professor Fred Kummerow from the University of Illinois recently drew a different conclusion on this issue based on his six-decades research.

He reports that LDL, which is considered as “bad cholesterol” in traditional heart disease information, has nothing to do with the disease, unless it has oxidized. Oxidation is a chemical process that contributes to aging and the development of degenerative and chronic diseases. The high temperatures used in commercial frying cause inherently unstable polyunsaturated oil to oxidize. These oxidized fatty acids become destructive and cause heart disease. Furthermore, soybean and corn oils can oxidize inside the body even when they have not been oxidized by frying.

If Professor Kummerow is correct, it may lead to the controversial conclusion that the saturated fat in butter, cheese and meats does not contribute to the heart disease, but produces a moderate amount of the amino acid tryptophan, which cannot be synthesized in the body and must come from the diet. Doctors who advise their patients to avoid cholesterol-rich foods may actually be undermining their health.

Dr. Walter Willett, the Chairman of the Department of Nutrition at the Harvard School of Public Health, is a supporter of Dr. Kummerow’s hypothesis. He included Dr. Kummerow’s conclusion about trans fats in his 1993 Nurses’ Health Study. This 1993 study, which indicated a direct link between the consumption of foods containing trans fats and heart disease in women, became a turning point in scientific and medical thinking about trans fats. The Food and Drug Administration has decided that trans fats should be eliminated from the food supply, as it proposed in a rule issued in 2013.

Professor Kummerow, at age 99, is still actively working on his research with three other scientists at the University of Illinois. Among a group of professors and researchers who are truly passionate about their work, Professor Kummerow is an example of an Illinois researcher who has dedicated his life to the health of all people. 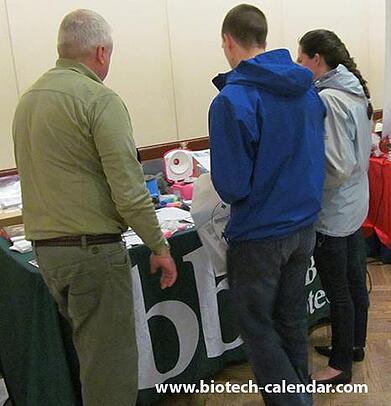 With many dynamic research programs in place, the researchers and lab managers in the University of Illinois are actively searching for the new products and services to fully develop their projects. Biotechnology Calendar, Inc. is providing an opportunity for laboratory product supply companies to meet face-to-face with researchers and purchasing decision makers at the University of Illinois. 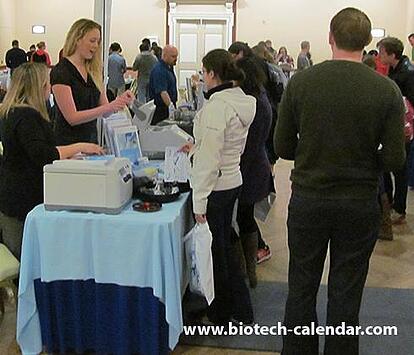 If you are a lab supply company or a researcher, and would like to know more about the BioResearch Product Faire™ Event that will take place at the University of Illinois on April 30 2014 and May 1st 2014, you can click here:

If you would like to know about the BioResearch Product Faire™ Events located at research institutions throughout the nation, please read: National Show Schedule for 2014.