Their approach is a new twist on a common thread. Like in many areas of biotechnology, the team is tweaking the genes in plants to produce desirable effects, in this case an increase in photosynthesis. In most agricultural crops, the yield is directly proportional to the amount of photosynthesis the plant performs. Now testing every addition, deletion, and modification of genes in the lab would be an immensely time-consuming and wasteful process, so instead the team developed a computer simulation that tests the effects of gene additions on photosynthesis rates. 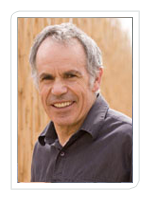 “Photosynthesis is the most studied of all plant processes, so we really know this in great detail and can represent it well in silico,” according to plant biology professor Steven Long, who led the study. He makes it clear that this sort of model is only possible because of the massively extensive background research available on photosynthesis and wouldn’t necessarily work for more obscure plant processes. The computer model found that some of the genes found in cyanobacteria, a type of algae that undergoes photosynthesis, boost the photosynthesis rate of crop plants like soybean, rice, and cassava.

Each of these genes gives photosynthesis a small boost by itself, but it turns out they actually work best when compounded on top of each other. For instance, one of the genes enhances photosynthesis by six percent, but “if we put in about eight components of the carboxysome system, the model says that we could get a 60 percent increase in photosynthesis,” says Long. This is an incredible jump that has gotten the team ready for its next step: actually implementing the genes to see what effect they really have on crop plants. 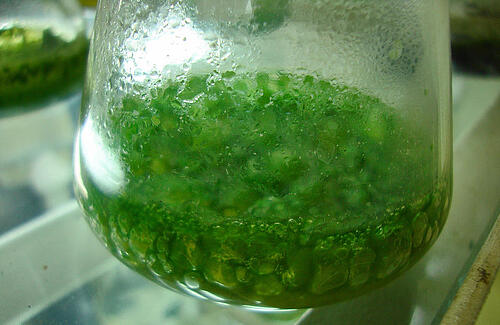 (Blue-green algae from which the cyanobacteria are harvested. Courtesy Wikimedia Commons and Joydeep.)

Funding for this study came from the National Science Foundation and the Bill and Melinda Gates Foundation. More funding information related to the University of Illinois, Urbana-Champaign and the research it conducts can be found using the link below:

If you are a UIUC researcher or laboratory supplier, and would like to boost awareness of your products and increase scientific sales, plan to attend Biotechnology Calendar, Inc.'s annual Urbana-Champaign BioResearch Product Faire™, coming up at the end of this month on Wednesday, April 30, 2014 on the University of Illinois campus. While you’re in the area, consider attending BCI’s Chicago BioResearch Product Faire™ the next day, Thursday, May 1, 2014. Biotechnology Calendar, Inc. has been bringing life science research trade shows to top research campuses for 20 years now. If you’d like to attend a show closer to home, please see our 2014 schedule of events.