Though the rate of depression is increasing in this country, the exact causes of the disorder are still unknown. That’s why life science researchers at Ohio State University are investigating the causes of depression from the biological perspective. Most recently, they’ve discovered unexpected perpetrators in the form of concussions and similar types of head trauma. 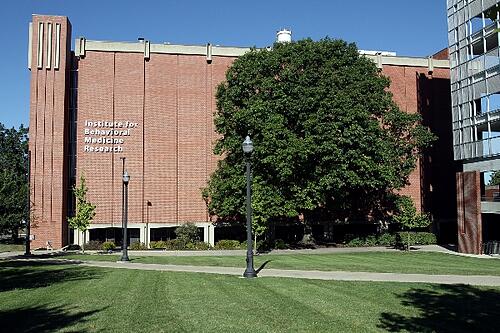 At the Institute for Behavioral Medicine Research (pictured above), OSU bioscientists study behavioral disorders like depression. One thing they have found is that depression often comes hand in hand with an overactive immune system, but so far, there has been no explanation of why this is or how it happens. But tests on mice that had just undergone traumatic brain injury (TBI) revealed that a concussion-like event can trigger such an elevated immune reaction, one that can persist long enough to induce depressive symptoms. 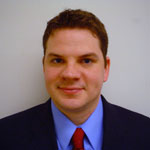 Professor of neuroscience Jonathan Godbout (pictured left) and his team were not surprised to find that TBI induced an immediate immune response in mice. It’s perfectly normal for the microglia, the first line of defense, to create chemicals and proteins to induce inflammation. After a week, the inflammation subsided, but the immune system was still on high alert.

“The young adult mice that have a diffuse head injury basically recover to normal, but not everything is normal. The brain still has a more inflammatory makeup that is permissive to hyperactivation of an immune response,” Godbout elaborates in an OSU news release.

Thirty days later, the mice were injected with bacteria that stimulate the immune system but are actually harmless. The uninjured mice brushed off the invaders like a mild annoyance, but the TBI mice, who had seemed perfectly normal before, suddenly began expressing depressive symptoms, like refusing to socialize with other mice and turning down sugar water. Tests revealed that the microglia were producing on overdrive, flooding the brain with unnecessary chemicals in an effort to defend itself from the perceived threat.

Godbout believes there is a large significance in this combination of brain trauma followed by an immune overreaction in regards to the onset of depression and similar disorders. “[W]e’re looking at this two-hit idea – the brain injury being the first and then an immune challenge. It’s as if one plus one plus one equals 15. There can be a multiplier effect.” He claims that this is why some people don’t respond to normal antidepressants; his lab is now working on treatment for this special case.