“These results are a remarkable tribute to the work our faculty are doing to improve people’s lives, to make sure North Carolina is a global research and development leader, and to make the world a better place,” said UNC Chapel Hill Chancellor Carol Folt.

According to a UNC Chapel Hill news article, the University of North Carolina at Chapel Hill received $777.8 million in research funding during 2013. The total funding being awarded has increased by nearly $11 million, or 1.4 percent, from $767.1 million awarded in 2012. 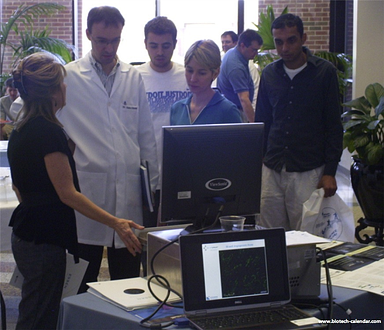 “These investments will continue to pay huge dividends for the University and for the people of North Carolina, supporting thousands of jobs, leveraging the state’s investment, and providing economic and other benefits to communities across the state,” Folt said.

Given the impressive funding statistics at the University of North Carolina at Chapel Hill and Duke University, lab suppliers marketing university lab equipment and hoping to increase lab sales leads may want to consider attending Biotechnology Calendar, Inc. North Carolina life science marketing events. If you are a lab supplier interested in networking with others in your field, Biotechnology Calendar, Inc. invites you to attend our annual Chapel Hill BioResearch Product Faire™ Event and Duke BioResearch Product Faire™ Event.