A forward-thinking team of researchers at The University of Illinois, Urbana-Champaign have discovered an unconventional method to treat a prevalent disorder called endometriosis. The team utilizes two new drug compounds which overturn the assumptions of traditional treatment and drastically improve results.

Endometriosis is a disorder driven by estrogen and inflammation that afflicts around 15 percent of reproductive-age women in the US. Its effects include scarring of the ovaries and fallopian tubes, chronic pain, and even infertility. Existing pharmaceutical treatments fall short in the sense that they do not reliably reduce the pain and inflammation of the disorder. 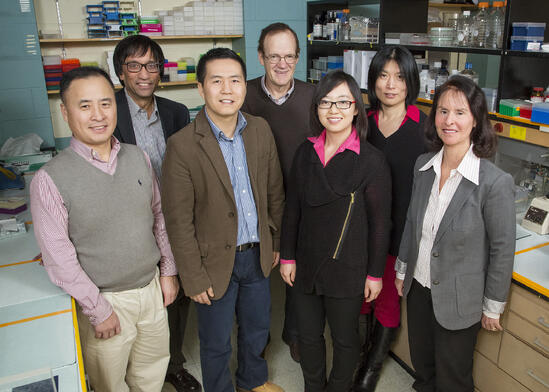 “The usual treatments for endometriosis are aimed at suppressing estrogen production because it’s an estrogen-driven disease,” said molecular and integrative physiology professor Benita Katzenellenbogen (image left, courtesy UIUC). “We thought that a better approach might be to interfere with both of the main aspects of endometriosis: the growth-promoting actions and also the inflammatory aspects – both of which involve the estrogen receptor.”

With this goal in mind, the team discovered two new compounds named chloroindazole (CLI) and oxabicycloheptene sulfonate (OBHS) that reduce inflammation and decrease the size of growths caused by endometriosis. In mouse models, the compounds also didn’t cause any adverse side effects; in fact, the subjects even gave birth to perfectly healthy baby mice.

In addition, the team found that adding either compound to conventional treatment did a better job of suppressing the endometriosis than the treatment alone. The team hopes that the compounds can be used to treat several disorders linked to estrogen and inflammation such as multiple sclerosis, inflammatory breast cancer, liver fibrosis, and even cardiovascular and metabolic problems associated with obesity.