Mosquito bites and the deadly diseases they transmit are responsible for more human deaths than any other animal. Researchers at the University of California, Riverside are biting back- thanks, in part, to grants from the National Institutes of Health totaling nearly $1 million.

Mosquito-borne illnesses such as West Nile virus, yellow fever, malaria and dengue fever have contributed to millions of deaths around the world. For this reason, research into mosquito reproduction, specifically egg production, has gained national attention and benefits from millions in funding at some of the nation’s top bioresearch institutions. According to CDC statistics, nearly 2.5 billion people are at risk for contracting dengue fever.  Each year, there are 100 million cases of dengue in the world. Yellow fever results in 30,000 deaths per year, malaria alone causes over a million deaths annually.

Funded in part by two separate NIH grants, researchers at the University of California, Riverside are essentially trying to develop a method for mosquito “birth control” by studying a mechanism related to the mosquito reproductive process, which involves small regulatory RNA molecules known as microRNAs or miRNAs.

The team, led by Alexander Raikhel, a distinguished professor of entomology at UCR, has identified microRNA-8 (miR-8) as an essential regulator of mosquito reproductive events, and note that its depletion in the female mosquito results in severe defects related to egg development and deposition. Furthermore, using newly established genetic tools, the researchers found that high levels of a molecule called “swim” are detrimental to egg development. 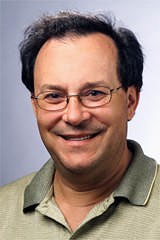 “To our knowledge, this is the first time a mosquito miRNA has been investigated in this specific manner,” said Raikhel. “In the lab, female transgenic mosquitoes with deficiency in miR-8 displayed severely compromised ovary development and reduced egg-laying…Our work provides insight into the importance of miRNAs in adult mosquito development and how these small regulatory molecules have potential to serve as novel control approach to regulate mosquito numbers,” Raikhel said.

Without any effective vaccines for the majority of mosquito-borne illnesses, research into strategies for reproductive control is in high demand. Results from these and other experiments about these factors that impact egg development have significant applications in mosquito vector control, and may very well be among the first steps in creating a “birth control” method that will save human lives.

In addition to research on mosquito reproduction, prominent scientists, researchers and educators of UC, Riverside receive millions of dollars in funding each year for various bioresearch projects around its expanding campus. Some recent examples of life science funding at UC, Riverside include: 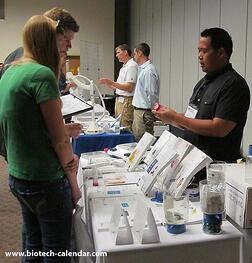 Laboratory equipment and consumables vendors interested in networking with and marketing products directly to active scientists, researchers and educators can participate in the 10th Annual BioResearch Product Faire™ Event at UC, Riverside on August 19, 2015. Last year, the BioResearch Product Faire™ event at UC Riverside attracted 269 attendees. Of these attendees, 47 were purchasing agents, professors and post docs, and 14 were lab managers. These attendees came from 22 different research buildings and 25 on-campus departments.

To learn more about marketing lab products directly to active UC Riverside researchers at this important event click below: