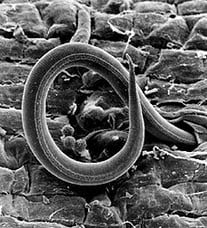 One in eight couples in the United States has fertility problems. In the majority of infertility cases, the cause can be pinpointed to either the man or the woman, but sometimes there seems to be no explanation for the cause of infertility. Researchers at Rutgers University in New Brunswick, New Jersey studying infertility in roundworms have recently found a link between humans and roundworms that provides insight into human infertility.

Andrew Singson, from the Rutgers University Waksman Institute of Microbiology, explained, "Humans and worms are connected by a common ancestor that lived more than 700 million years ago, and this discovery will give us insight into their shared genetics and fertility pathways."

More than a decade ago, a team of Japanese scientists identified a protein called the Izumo protein that is essential in the reproduction of humans and other mammals. The Rutgers researchers identified this same protein, now called SPE-45, in the roundworm C. elegans, and found that it helped sperm and eggs bind together during fertilization. The current findings suggest that humans and roundworms have a common ancestor in which the SPE-45/Izumo gene was needed for fertilization.

Although the worms could produce sperm in the absence of SPE-45, no offspring could be created without the protein being present, and this proved to be the case for humans and other mammals as well. Singson compared the protein to "Velcro," saying that the protein's presence is necessary for the sperm and egg to fuse together.

“Finding new fertility genes in the worm can help us further understand the molecular basis of human fertility,” said Singson. “The end result of this knowledge could be more informed and effective treatments for human infertility and reliable contraceptives for both sexes.”

In collaboration with the Rutgers team, a research team from Emory University in Georgia and Setsunan University in Japan studied DNA sequences in worms and mammals using computer analysis and came to the same conclusion as the New Jersey researchers. They created a hybrid SPE-45/Izumo molecule that was able to cure infertility in worms.

Singson said, “This makes the results much more solid because two research groups have basically validated the results of the other." 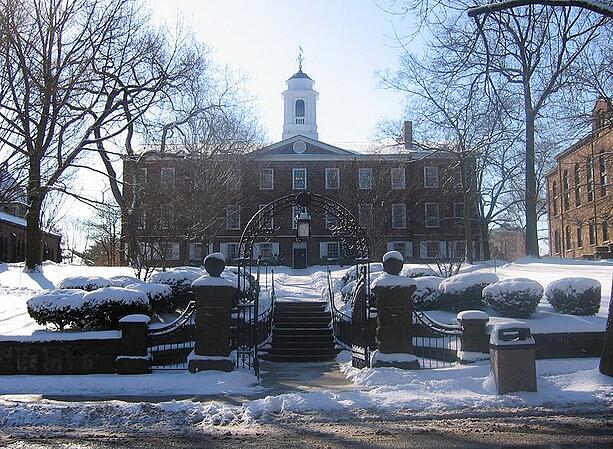 Rutgers University, New Brunswick is a top-ranked institution, receiving millions of dollars annually in the form of grants, awards, and donations to support the research happening at the institution. In the 2015 fiscal year, the university received more than $58.1 million in funding from the National Institutes of Health. Departments at the university receiving substantial amounts of this funding include:

With this funding, researchers at Rutgers University have the means to purchase many new lab products that will help with their research projects and clinical trials. Biotechnology Calendar, Inc. produces an annual BioResearch Product Faire™ Event in New Brunswick that is a great opportunity to market lab products to active life science researchers from Rutgers. This annual event brings active researchers together with scientific supply companies and allows the researchers to find the best products and technologies for their work.

The 2nd Annual BioReserach Product Faire Event in New Brunswick, NJ will be held on May 11, 2016, and more than a hundred life scientists are expected to attend. Last year, 118 researchers came from 19 different research buildings and 21 on-campus departments.