A research team led by Evelyn Talbott, Dr. P.H. M.P.H., who is a professor of epidemiology at Pitt Public Health, interviewed 211 children with autism spectrum disorder (ASD) and 219 children without ASD across 6 Pennsylvania counties. After accounting for a number of other factors such as the mother’s age and whether she smoked, they found that early exposure was associated with a 1.5-fold increased risk of developing ASD.

“Autism spectrum disorders are lifelong conditions for which there is no cure and limited treatment options, so there is an urgent need to identify any risk factors that we could mitigate, such as pollution,” said Talbott. “Our findings reflect an association, but do not prove causality. Further investigation is needed to determine possible biological mechanisms for such an association.”

According to a university press release, fine particulate air pollution called PM2.5 (particles found in the air that are less than 2.5 micrometers in diameter, or 1/30th the average width of a human hair) can enter the blood stream via the lungs.

“There is increasing and compelling evidence that points to associations between Pittsburgh’s poor air quality and health problems, especially those affecting our children and including issues such as autism spectrum disorder and asthma,” said Grant Oliphant, president of The Heinz Endowments – a funding organization for this study.

This is not the first study to conclude with similar results at Pitt Public Health and other institutions nationwide. 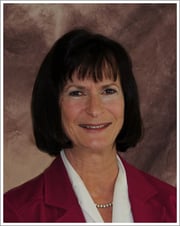 “Air pollution levels have been declining since the 1990s; however, we know that pockets of increased levels of air pollution remain throughout our region and other areas,” said Dr. Talbott. “Our study builds on previous work in other regions showing that pollution exposures may be involved in ASD. Going forward, I would like to see studies that explore the biological mechanisms that may underlie this association.”

Researchers at University of Pittsburgh and its various facilities are some of the most prominent and well-funded medical scientists in the state. In addition to this study, many other researchers across a variety of medical and scientific departments are constantly receiving funding for new and ongoing projects. 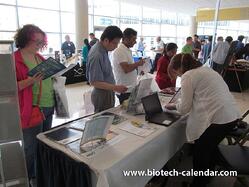 This is the premier opportunity of the year for biotech and lab supplies and is held free of charge every year on campus for Pitt researchers.

To learn more about attending this popular event, click below: