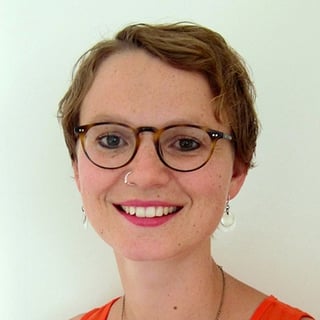 Most coral enjoy water at a very specific, cool temperature. They get stressed when the water gets too hot and even stop eating properly. As Verena Schoepf, a former doctoral student in the School of Earth Sciences at The Ohio State University, puts it:

“When coral is bleached, it no longer gets enough food energy and so it starts slowing down in growth and loses its fat and other energy reserves – just like humans do during times of hardship.”

For most of the year, coral is happy. Every season is warmer thanks to global warming but the only season that causes coral stress is summer, when temperatures rise outside its comfort zone. So we see annual destruction of coral due to bleaching.

“Already, bleaching events have resulted in significant amounts of coral dying and causing impact to ocean ecosystems, but up until now it was largely unknown whether coral could recover between annual bleaching events,” said Schoepf in a recent Ohio State news release. So she and her team ran some tests on different species of coral that were known for surviving this bleaching to see what they were doing right.

It turned out that though several of the specimens appeared healthy, many were actually very sick but simply weren’t showing outward symptoms. The specimens that actually were healthy all had one thing in common: high levels of fat. Schoepf hypothesizes that large fat reserves give coral something to feed on when their photosynthetic systems are damaged by the heat waves of summer. In this way, they recover during the cooler months and build up their fat again.

Schoepf and her team are now looking into ways to preserve remaining coral reefs armed with this knowledge about the usefulness of fat. Their  work was funded by a grant from the National Science Foundation. For more details on funding for research at Ohio State University, peruse our Ohio State University Funding Report:

If you are a researcher or laboratory supplier in or near Ohio, and would like to boost awareness of your products and increase scientific sales, plan to attend Biotechnology Calendar, Inc.'s next Columbus BioResearch Product Faire™. This event is held annually on the Ohio State University campus and will happen next fall on October 6, 2016. Biotechnology Calendar, Inc. has been bringing life science research trade shows to top research campuses for 20 years now. For more information about our Columbus show, please click the link above. If you’d like to attend a show closer to home, please see our 2015 schedule or our newly released 2016 schedule.