Fighting the Flu at Rockefeller U.

The flu is something that everyone experiences at some time. Even after receiving an annual flu shot, many people still fall ill due to a different strain of the flu that the shot does not protect against. Generally, the flu shot protects against three common strains of influenza, leaving people still vulnerable to getting the flu. Researchers at Rockefeller University have developed a new method of creating the flu vaccine that could potentially work against many more strains of influenza. (Image courtesy of Wikimedia Commons).

The New York research team had the idea that modifying antibodies and their subsequent Fc region (the portion of the antibody that connects to immune cells, assisting with immune responses) could potentially lead to more vaccines for different strains of the flu.

Jeffrey Ravetch, senior author of this study, explained that “while the conventional flu vaccine protects only against specific strains, usually three of them, our experiments show that by including modified antibodies within the vaccine it may be possible to elicit broad protection against many strains simultaneously."

For their study, the Rockefeller research team gave clinical participants a vaccine for the H1N1 virus, and viewed the way that antibodies reacted to the virus, and saw that the signaling molecule sialic acid increased in the Fc region of the antibodies. They saw that people with a greater sialylation responded better to the vaccine. They then further studied the Fc region of antibodies through cell cultures and mice and found that Fc regions with high sialylation had a higher affinity for immune responses.

“The new mechanism we have uncovered, by which a vaccine containing sialylated antibodies elicits broadly protective antibodies, could potentially be harnessed to reduce the tremendous morbidity and mortality caused by seasonal influenza virus infections,” said Taia Wang, a clinical instructor at Rockefeller. “We are now looking into applying this strategy toward improving existing vaccines; ideally, this would result in a vaccine that provides life long immunity against flu infections.” 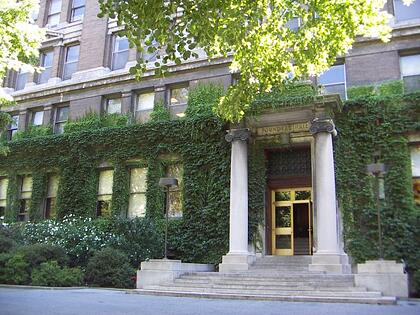 Departments at the university receiving substantial amounts of this NIH funding include: 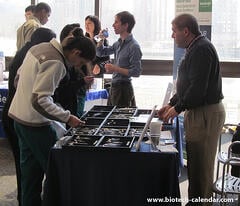 Interested in marketing lab products and supplies to active life science researchers in New York? Consider exhibiting at the 19th Semiannual BioResearch Product Faire™ Event happening at Rockefeller University on September 30, 2015. This event brings together life science suppliers with researchers, PI's, grad students, lab managers,professors, purchasing agents and other lab staff interested in finding the best and newest equipment and technologies to use in their lab.

If you are a science supply company interested in display products to Rockefeller University researchers, consider participating in the 19th Semiannual BioResearch Product Faire™ Event on 9/30/15. Visit the link below to learn more: