Michigan State University at East Lansing is priming plants to cope with two very different adversaries: hostile insects on Earth and the stressful conditions of space. Rather than furnishing them with armor or a spacesuit, researchers are working at the molecular level in order to make these plants more genetically hardy.

This research came about when tomato farmers began to notice something strange about their crop. Their domesticated varieties of tomato were getting ravaged by pests, while the wild tomatoes were holding up comparatively well. Anthony Schilmiller, research assistant professor of biochemistry and molecular biology, investigated the difference between them at his Michigan State University lab. What he found was that the domesticated tomatoes had lost a gene that their wild cousins retained: specifically, one that affected the tomatoes’ hair.

These tiny hairs on the skins of tomatoes are called trichomes. These hair-like protrusions are also found on plants like potatoes, peppers, eggplants, and petunias. Due to their exterior location, trichomes’ main function is to secrete a mixture of chemicals to help the plant interact with its environment. This includes stopping bugs in said environment from being tempted to munch on the plant.

To this effect, tomato trichomes produce a type of compound called an acyl sugar, which is basically the tomato equivalent of bug repellant. Schilmiller was able to identify the gene that produces the acyl sugar, and notes in a MSU research article that it is less potent in the domesticated varieties:

“Because cultivated tomatoes were not bred for their acyl sugar amounts and quality, they have reduced levels compared to wild ones we do not eat. Understanding how they are made is the first step toward breeding cultivated tomatoes, and other plants in this family, to make them more resistant to herbivores.”

With any luck, Schilmiller’s research will be easily applicable to trichomes in similar plants. If this is the case, the gene modification used on the tomatoes can go on to help make other plants more resistant to insects as well. 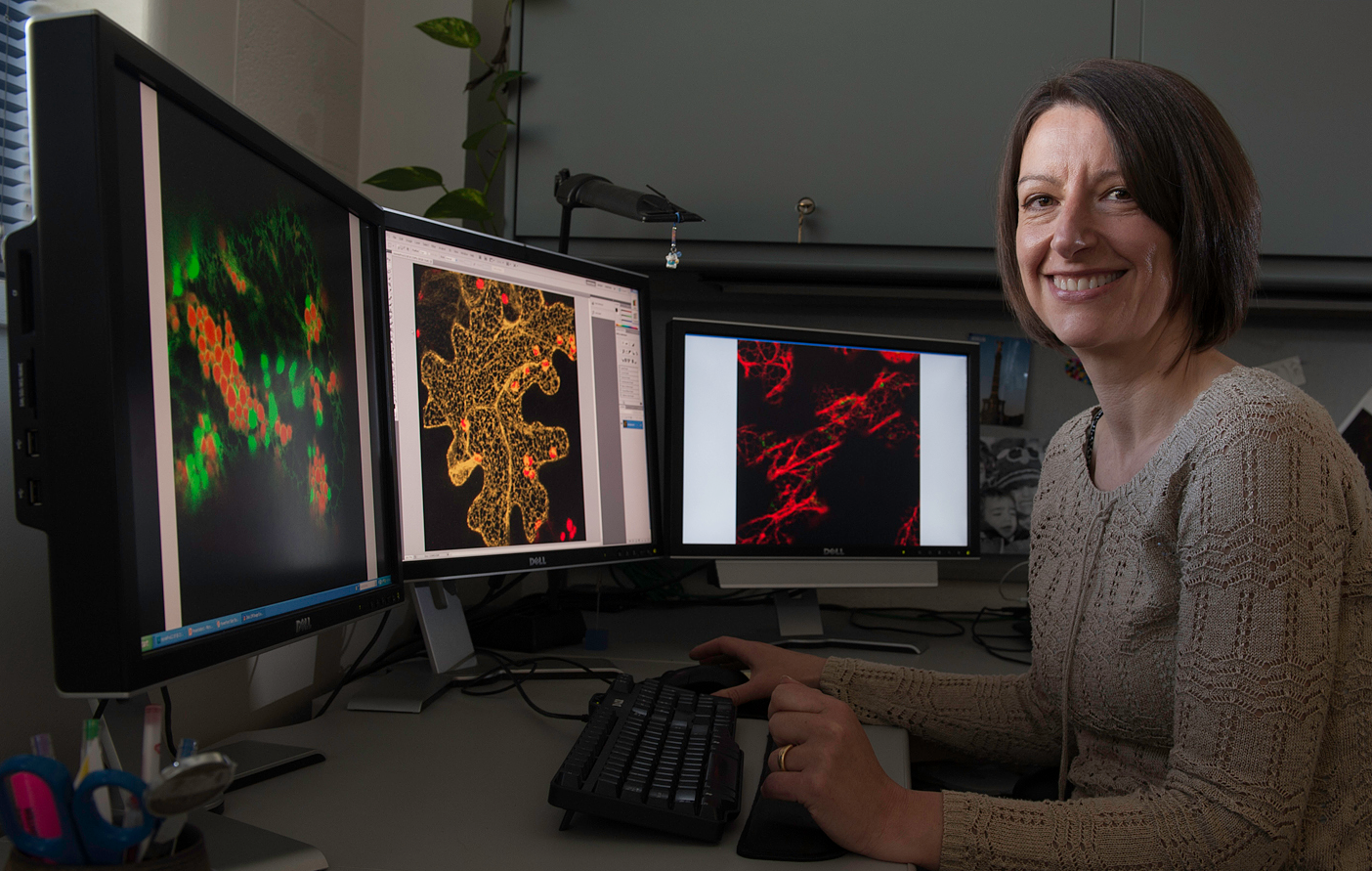 Another Michigan State University researcher working to strengthen plants is Frederica Brandizzi, a plant biologist who studies the effects of stress on plants. Thanks to a grant from NASA, she’s expanding her research to the effects of space travel on plants. Brandizzi has already made an interesting discovery about plant behavior off of Earth: they have a hard time eating.

Plant cells contain a protein called IRE1, which is crucial to intercellular communication. The protein tells the nucleus when the other organelles of the cell need nutrients, and the nucleus responds by feeding the organelles accordingly. In space, this protein is strained, and so does not communicate properly. Thus, the plant doesn’t get all the food it needs, and it doesn’t grow as much as it otherwise would. The Brandizzi lab developed plants with faulty IRE1 in order to better study how a plant could cope with the malfunction, and whether it can be corrected. They’re preparing for a launch in July 2014, which they’re utilizing to test what genes are affected by the stress of space travel. Brandizzi believes that solutions to these stress signals can be applied to larger organisms, even humans.

I still think the space suit would be a pretty great idea.

For an earlier blog of ours on tomato research at MSU, click here.

While these Michigan State University researchers equip plants with necessary genes to survive, laboratory researchers should be thinking about equipping their labs with the necessary tools. To this end, Biotechnology Calendar, Inc. invites you to our East Lansing BioResearch Product Faire™, hosted right on the Michigan State campus and held next on July 18, 2013. This event provides an excellent opportunity to network with researchers and laboratory suppliers. Biotechnology Calendar, Inc. is a full-service event marketing and planning company producing on-campus life science research tradeshows nationwide for going 20 years. If you’d like to attend this show or receive a funding report on Michigan State University, please click the buttons below. If you’d like to attend one of our other nationwide shows, have a look at our 2013 schedule.