What comes to mind when you think of LEDs? Most people probably envision a small personal flashlight, or those little lights you put on circuit boards. At the University of Utah, physicists have developed a new type of organic LED that's cheaper, brighter, and more environmentally friendly. 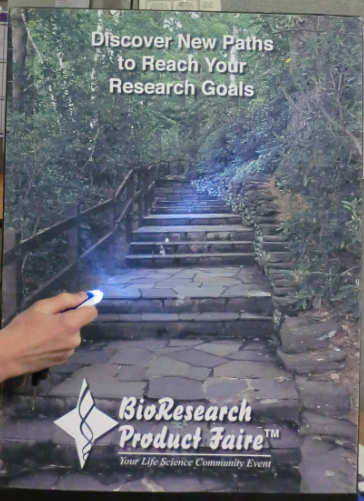 LEDs, short for Light Emitting Diodes, are actually extremely common in our daily lives. For example, a car's rear lights and brake lights are both LED powered. Some cars even have LED headlamps. Most lit traffic signs, like stoplights, exit signs, and warning message boards are composed of LEDs as well. In the home, a television remote communicates with a television by a small LED on the end of the remote that emits infrared light. The television screen itself is backlit by a multitude of tiny LEDs that light up the picture on-screen. This backlighting method has also become common in digital cameras, music players, cell phones, and computers; in fact, chances are you're looking at hundreds of them this very moment!

With all the present applications for LEDs, it means a lot when University of Utah professor Z. Valy Vardeny says:

"It's a completely different technology. These new organic LEDs can be brighter than regular organic LEDs."

Vardeny and his team have developed a new organic LED (OLED) that uses an ingenious combination of chemistry and computer science to optimize the diode's performance. To get a basic idea how it works, let's look at a little scientific background. Electrons, the subatomic particles that surround an atom's nucleus, have a certain property called electron spin. Basically, this is the direction in which the electron is rotating. There are only two ways it can rotate, which are called up and down. Vardeny's diodes store this spin information.

In the world of computing, everything is written in binary. In binary code, everything is represented by a collection of zeros and ones. Every digit in binary code can either be a zero or  a one. Vardeny's acheivement was to relate the electron spin to binary code. Having the up and down spin of the electron correspond to the zeros and ones of binary makes diode application much, much smoother. This leads to increases efficiency and brightness with less waste.

These new "spintronic LEDs" currently only function at minus twenty-eight degrees Fahrenheit. More research and development is necessary before they hit the market. Vardeny is very excited about the possibilities for this new invention, though. According to a University of Utah news article,

"Existing OLEDs each produce a particular color of light – such as red, green and blue – based on the semiconductor used. Vardeny says the beauty of the new spin OLEDs is that, in the future, a single device may produce different colors when controlled by changes in magnetic field."

Basically, instead of being limited to a single color, the spintronic LEDs can change colors. Does this mean we'll soon be replacing our 3-light traffic signal with a single light?

Will 3-light traffic signals join CD players and VHS tapes in the bin of outdated technology?

The exciting research marketplace at the University of Utah will be the venue for Biotechnology Calendar, Inc.'s 12th Annual Salt Lake City BioResearch Product Faire™ Front Line event. We invite life science researchers and lab research equipment vendors to join us for this opportunity to network in a comfortable, convenient on-campus environment. Now in our 20th year, BCI is a full-service event marketing and planning company bringing the best products and services to the best research campuses across the country. To find a show near you, look at our 2012 schedule.