Mt Sinai's Cancer Center Clinic will be associated with the Center for Science and Medicine and linked by an atrium, but it will be housed in the lower floors of a high-rise building that will largely be devoted (on its upper floors) to housing, including low-income housing for members of the community. This is one example of Mt Sinai's commitment to being an integrated member of both neighborhoods that it borders: the Upper East Side and the far less wealthy East Harlem. About half of the patients who come to Mt Sinai Hospital for treatment are from the neighboring communities. Dean Charney recently gave a sneak preview of the new CSM and its tower to a reporter for the local East Harlem news channel (watch the full 28-minute episode on YouTube).

Next on the table for big projects is the MSSM and Mt Sinai Hospital's Center for Discovery and Innovation, which is in the planning phase and will be devoted to drug discovery research for some of the most urgent global diseases, including:

To explore these [above] areas in the greatest depth and breadth possible, we will expand the facilities and capabilities of our Experimental Therapeutics Institute in five key areas: small-molecule drug discovery, monoclonal antibodies and purified proteins, high-content screening/RNAi, induced pluripotent stem cell, and systems pharmacology and network analysis facilities. 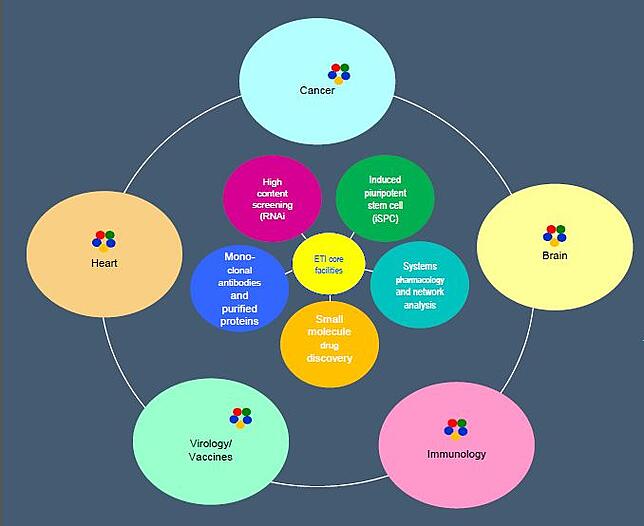 [Areas for the upcoming Center for Discovery and Innovation at Mt. Sinai]

All of Mt. Sinai's dedication to building and pushing forward its clinical, research, and educational programs is paying off with even-higher national rankings by U.S. News and World Report. Just last week Mt Sinai Hospital rose to #14 nationally, up from #16 the year before (out of some 5000, to put that accomplishment in perspective). The Mt Sinai Medical School ranks in the Top 20 nationwide, is in fact #18 out of 149 accredited medical degree programs.

If you are a science researcher or lab supplier interested in networking at Mt. Sinai School of Medicine, Biotechnology Calendar, Inc.'s 7th Annual Mt. Sinai BioResearch Product Faire™ event will be held on Tuesday, October 16, 2012.  The timing of this show should be excellent for identifying the equipment and supply needs of new and transitioning faculty at the Hess Center opening in early 2013.

For more information on Mount Sinai and the event itself, click the button below:

We invite you to check out all or our New York shows, including these consecutive fall events: