A study published in the journal Human Molecular Genetics specifies that ASD is a significantly heritable disorder that affects four times as many males as females. Mutations in the AFF2 gene and other similar genes on the X chromosome could be the reason autism spectrum disorders are more likely to be manifest in boys. The mutations were present in 2.5 percent of boys with ASD. Mutations in the X chromosome only affect boys because they only have one copy of the gene, while girls have a second copy of the X chromosome that can make up for a mutation. 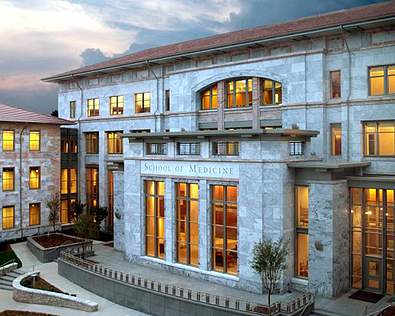 The AFF2 gene is already known to be responsible for a rare genetic form of intellectual disability similar to autism. This disability presents itself when the AFF2 gene is deleted or silenced entirely. Research now shows that the gene could be linked to autism itself.

“Our data suggest that AFF2 could be one of the major X-linked risk factors for ASDs,” says Michael Zwick, research scientist and assistant professor of human genetics at Emory University School of Medicine. He added, however, "We do not think that the variants we have identified are monogenic causes of autism,"

According to an article on Science Daily, mutations in the AFF2 gene alone aren’t likely to cause ASD, though the data does suggest that this is an “autism susceptibility gene.”  In some circumstances, mutations in one gene can by themselves lead to a neurodevelopmental disorder with autistic components, but research scientists believe these types of mutations account for only a few ASD cases.

Extensive genetic studies of ASD have pointed to several “rare variants” that significantly increase the risk of ASD.  Research scientists consider rare variants to be a possible explanation for 15 to 20 percent of ASD cases.

Zwick says it’s his laboratory’s goal to learn more about how the AFF2 gene functions. He’s also making it a project to discover how the mutations he and his team identified affect the gene’s function. Furthermore, his team is working towards figuring out to what extent other genes on the X chromosome contribute to the risk of ASD.

If you are a research scientist or lab supplier interested in networking with others in your field at Emory University, Biotechnology Calendar, Inc. invites you to attend our annual Emory University trade show. Biotechnology Calendar, Inc. is a full-service science research marketing and events-planning company that runs trade shows at top research institutions across the country. If you’re interested in attending a trade show closer to home, we encourage you to browse through our 2012 calendar of events.