Mayor Bloomberg recently outlined formal plans to capitalize on New York research and create a science and technology campus that will mirror what Stanford University is to the Silicon Valley.  Seventeen universities and institutions from around the world submitted proposals for the project.   Contenders included Stanford University, Columbia, and the University of Chicago, but Bloomberg announced on December 18th that Cornell University and Technion-Israel institute of Science and Technology would be partnering to develop the New York research hub. 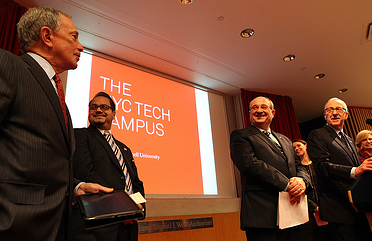 The deal comes with a real estate proposal where applicants had the option to select one of three New York City sites for the new campus.  These included Governor’s Island, the Brooklyn Navy Yard, and Roosevelt Island.  The last was selected due to its close proximity to Cornell's medical school campus, Weill Cornell, which is located directly across the river.  The City of New York is also donating $100 million for the development of the island, which will eventually create 300,000 square feet of lab, classroom, living and meeting space by 2017 and 2 million square feet by 2037.  An additional $150 million will be put towards nurturing new start up companies from research conducted on campus.  The first classes are slated to begin in 2012. 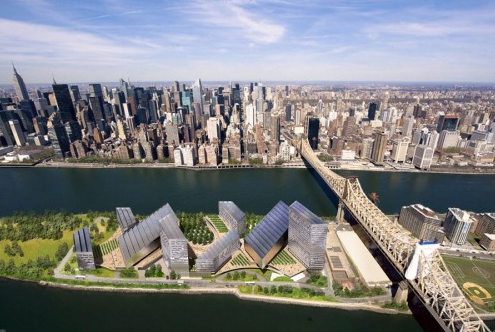 If you are a life science researcher or laboratory supplier in the New York area, plan on attending one of the upcoming Biotechnology Calendar, Inc. BioResearch Product Faire™ Events.  Shows are coming up at the following locations in New York.  In Ithaca we have the Front Line event at Cornell University. In New York City, we have events at Columbia University, Rockefeller University, Stony Brook University and Mount Sinai Medical Center. The BioResearch Product Faire™ at Rockefeller University also covers Weill Medical College of Cornell, located in New York City.  These events provide members of the life science community with an opportunity to meet and exchange ideas with other science and medical science researchers and to learn about up-to-date laboratory products, science supplies and analytical equipment.

If you are interested in exhibiting at or attending any of these events, click the button below for show info: