The Radiological Society of North America recently announced in a press release that patients at three major medical institutions now have the option of sending their medical images via the Internet through a secure network so doctors and medical providers can access them with patients’ permission.  The benefits of this new advance in technology are that patients gain more control over their medical images, and doctors from different hospitals can access important patient charts immediately in a medical emergency. 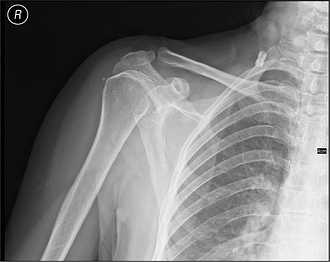 The new life science technology sharing network is called RSNA Image Share, and it was founded in 2009 with a $4.7 million contract from the National Institute of Biomedical Imaging and Bioengineering. Hospitals currently share medical images by fax, but faxing a document leaves its privacy open to chance. Another way to share medical images in a time sensitive situation is by burning them to a CD and sending the CD via FedEx. Clearly, this method of sharing is not as fast as an Internet based system.

Though the RSNA Image Share system has some glitches, including a lack of sophistication in storing documents that require extensive storage space, it makes up for its current negative issues with a huge potential time savings and resulting positive health care impact. "The RSNA Image Share network can improve quality, safety and efficiency while engaging patients and families in their own care." said David Mendelson, MD, at the scientific assembly RSNA 2011. Dr. Mendelson is the RSNA Image Share principal investigator and chief of clinical informatics at Mount Sinai Medical Center. He presented the new life science technology at the week-long Radiological Society of North America conference held on November 29, 2011.

While the system itself is new, the technology behind RSNA Image Share is not. An overview of how it works begins with medical images taken at radiology departments. These are moved to a secure clearinghouse where patients can access them by logging on to their health records with an eight-digit code and password. After that, they can view the images and choose which ones to share with their health care team.  The system includes a 72 hour delay in patients’ access to medical images, making it possible for a patient’s doctor to access those images first.

Biotechnology Calendar, Inc. is a full-service science technology marketing and event-planning company that organizes trade shows at top universities nationwide. If you are a researcher or lab supplier in New York or San Francisco looking to network with others in your industry, we encourage you to click on one of the buttons below to learn more about our trade shows at Mount Sinai School of Medicine and the University of California, San Francisco. If you would like to know more about our trade shows in other regions, please check out our 2012 schedule for more information.