When the information superhighway bypassed the local library and newsstand to bring electronic content directly to our laptops, we were told it was a great day for the environment.  Think of all those trees that would no longer need to be cut down for paper!  What we didn't think about (right away, at least, in all the giddiness of the moment), was that those massive computer servers had to exist somewhere in real space, and boy were they ever going to use a lot of energy.  And all those computers downloading information were going to be a drain on some city's power supply too.

According to the results of a recent study by a Stanford University professor that were featured in a New York Times article, the numbers for energy usage aren't as bad as some analysts predicted a few years ago.  Part of that is the economy, and part of it is that Google and some of the other major players have gone to some trouble to make sure their infrastructure is as efficient as possible.  The article stated that “electricity used in global data centers likely accounted for between 1.1 percent and 1.5 percent of total electricity use, respectively. For the U.S. that number was between 1.7 percent and 2.2 percent,” in 2010.  Is that so bad? 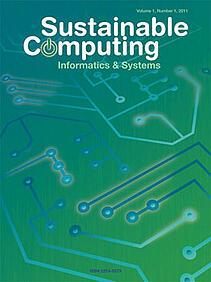 Washington State University computer science professor Behrooz Shirazi knows the numbers can only grow and has launched an academic journal to publish research from the growing field of Sustainable Computing.  The journal, which will debut with the November 1st, 2011 issue, will be published by international scholarly publishing company Elsevier.  Sustainable Computing will feature articles on topics from a number of disciplines, including computer science, power engineering, environmental engineering and mechanical engineering.

This greening of the information superhighway has a face-time component as well: an annual International Green Computing Conference, which launched in 2010 and is attended by some 150 researchers with these interests, to name only a few:

The Green Computing Conference is jointly managed by WSU and the University of Texas at Arlington.

If you are a life science researcher, laboratory manager, or lab supply vendor in the Pullman area, plan on attending Biotechnology Calendar Inc.'s Pullman BioResearch Product Faire trade show at Washington State University on October 25, 2011. Our trade show events provide an excellent opportunity to network with life science professionals and learn about the latest in laboratory technologies in your field.