The California Institute for Regenerative Medicine (CIRM) was established in 2004 when Californians passed Prop 71, a statewide ballot measure allocating $3Billion to advance and support stem cell research at California universities and research institutions.

UCLA's Eli and Edythe Broad Center of Regenerative Medicine and Stem Cell Research started with a gift of $20 million from the Broad Foundation in 2005.  The Center has to date received 42 grants from CIRM totaling more than $138.8 million.  On January 27, 2011, scientists Richard Gatti (pathology and laboratory medecine) and Thomas Carmichael (neurology) were awarded more than $3.6 million toward their research by CIRM. 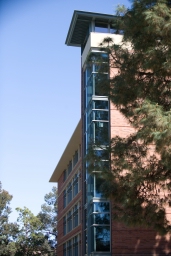 On October 25, 2010 the Terasaki Life Sciences Building opened at UCLA, thanks to a $50 million gift from Paul Terasaki, an emeritus professor and pioneer in organ transplant research.  The Broad Stem Cell Research Center/CIRM Institute has its labs and facilities housed on the third floor of the Terasaki Building. The stem cell research labs were built with a CIRM grant of $19.8 million.

The Terasaki Building itself includes more than 33 laboratories overall and is championed as a model of "the new life sciences," with a layout fostering interaction among researchers spanning disciplines.  Mr. Terasaki and his wife have also contributed to the UCLA International Institute, with an endowed chair and research funding to study U.S.-Japan relations.

Isolationism seems to be the way of the 20th Century, not the 21st, where life science and human science research are concerned.  Researchers, buildings and programs are actively promoting more interdisciplinary, interactive paradigms for finding solutions to today's problems, in the lab and around the world.

You can become an (inter-)active part of this solution-finding paradigm April 7th, 2011 at the 27th Semiannual Biotechnology Vendor Showcase™ Event at UCLA.  This event is open to life science researchers and industry suppliers.  Non UCLA members must pre-register to attend this event.