A research team at the UC San Diego’s Moores Cancer Center recently received a major new grant from the California Institute for Regenerative Medicine (CIRM) for a groundbreaking cancer study. The research will be led by Thomas J. Kipps, MD, PhD, deputy director of research operations at the Moores Cancer Center and a professor of medicine at UC San Diego (Image courtesy of UCSD).

The grant totals $4.18 million and is one of the six “Disease Team” grants given out on December 12 by the governing board of CIRM. This grant is part of the $61 million overall funding awarded by the institute to fund translational research that will directly convert research into groundbreaking therapies that improve or save the lives of patients. The Independent Citizen’s Oversight Committee (ICOC) that governs the Institute for Regenerative Medicine and allocates the grants provided by the stem cell agency, approved the grant after a two day meeting in Los Angeles.

The goal of Thomas Kipps’ UCSD team is to research new techniques that could hone in on and target a specific protein that only exists on the exterior of cancer stem cells. The protein is called Receptor-tyrosine-kinase-like Orphan Receptor 1 or ROR1. This protein plays an important role in the development of the human embryo by aiding skeletal and muscle development; however, it is “switched off” after this primary development stage and is no longer expressed in normally functioning cells.

However, ROR1 is resurrected by cancer cells to help the disease proliferate. This is the case in many kinds of deadly cancers. In fact, Kipps’ research has shown that the presence of ROR1 in cancer cells is a key component in the spread of the disease and thus its ability to threaten the life of the patient. This rapid spread of cancer, or metastasis, causes over 90 percent of deaths from cancer.

This latest research project is a continuation of previous CIRM-funded research undertaken by a team led by Dr. Kipps and his colleague Catriona Jamieson, MD, director of the Moores Cancer Center stem cell research program and an associate professor of medicine at UCSD. In this previous project the researchers designed a humanized monoclonal antibody that can target and block the functioning of ROR1. The researchers wrote in their description of this research that, “This selective delivery could be very active in killing cancer stem cells without harming normal cells in the body because they lack expression of ROR1. With this antibody, we can develop curative stem-cell-directed therapy for patients with any one of many different types of currently intractable cancers.” 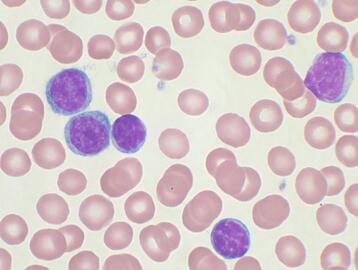 This latest CIRM grant will fund a clinical trial that will test the effectiveness and safety of this antibody in treating patients with several types of cancer. They will begin testing in patients with chronic lymphocytic leukemia, a very common form of blood cancer in the U.S., and then move on to other forms of cancer, including solid tumors such as lung and breast cancer.

This latest grant is one of many CIRM funded projects at UCSD. Including this grant, the total amount of funding from CIRM for stem cell research at UCSD totals over $137 million.

Biotechnology Calendar Inc. is proud to host its longest-running, largest and best-attended event, the San Diego Biotechnology Vendor Showcase, twice-annually on the UCSD campus. We invite all UCSD life scientists and also reach out to researchers at all of the major San Diego and La Jolla bioscience institutes. This is an exceptional networking opportunity and life science sales opportunity for the whole San Diego bioscience industry. Our next UCSD BVS event will take place on February 13, 2014.