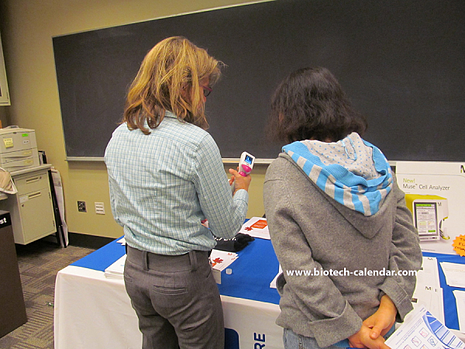 Join us for  the
8th Annual

Fred Hutchinson Cancer Research Center received two grants with a total value of $10.1 million from the National Institutes of Health to obtain a high-performance computing cluster and to establish a campus-based facility for the safeguarding and consolidation of research data. [3]

Fred Hutch has received $4.8M in new NIH funding for stem cell research to study the effect of a patient's DNA on the outcome and success of a stem cell transplant. (see our blog: http://info.biotech-calendar.com/bid/59638)

Fred Hutchinson Cancer Center is affiliated with the University of Washington, Children's Hospital and Regional Medical Center, and the Seattle Cancer Care Alliance. The Center has 200 research groups in four scientific divisions.

Fred Hutchinson Cancer Research Center has pioneered many lifesaving cancer research breakthroughs. The institution is the only comprehensive cancer center in Oregon and Washington. Although it receives ample funding from federal research grants, many large donations come from private sponsorship.