Mount Sinai School of Medicine is helping to make New York a well-funded market for laboratory equipment sales, according to the latest NIH and NSF research funding statistics. In 2012, the NIH awarded Mount Sinai $178.7 million in research funding. The money will go towards many research projects across various departments at the university. We have compiled a list broken down the number of projects awarded money in certain well-funded life science disciplines and the total amount of funding for those projects. For a complete list of the departments receiving research funding at Mount Sinai, visit the NIH website.

In addition to the $178.7 million awarded by the NIH, Mount Sinai received $510,555 in research funding from the NSF in 2012. All of the projects awarded funding were in the life sciences. For the convenience of our readers, we have broken down the four life science projects receiving research funding, listed by funding program, project title, and funding received. Please note that one project received two $50,000 awards from two different funding programs. 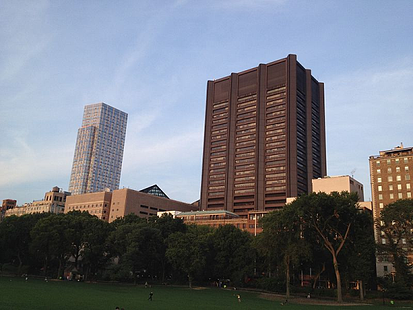 Mount Sinai was ranked 34th by the NSF for total R&D expenditures in the life sciences in 2009, having spent $318.4 million. Mount Sinai was also ranked 32nd by the NIH in 2011 for direct plus indirect costs, excluding R&D contracts and ARRA awards, making the total $174.8 million. According to The Jewish Voice, Mount Sinai received a $200 million pledge from investor Carl Icahn. Most of the funding will be spent on building general medical research capabilities. Mount Sinai’s website also says that the Mount Sinai School of Medicine received $100 million along with four other institutions in the form of a five-year grant from the NIH. The money will go towards supporting clinical trials studying whether oxytocin nasal spray helps children with autism function better in social environments.

From the statistics above, it’s clear that Mount Sinai is a very well-funded market for biotechnology vendors, and getting to know researchers there may help boost laboratory equipment sales. Biotechnology Calendar, Inc. invites all lab suppliers to network with science researchers at our annual Mount Sinai BioResearch Product Faire™ Event on March 27, 2013. Last year, our Mount Sinai BioResearch Product Faire™ Event attracted 336 attendees. Of those attending, 138 were purchasing agents, professors and post docs, and 41 were lab managers. The attendees came from 11 different research buildings and 56 departments across campus.

Biotechnology Calendar, Inc. is an events-marketing and planning company that has produced on-campus life science research trade shows at top research institutions for the past 20 years. We work to connect biotechnology vendors with laboratory equipment sales markets nationwide. For more information on our Mount Sinai BioResearch Product Faire™ Event, or to view more funding statistics for Mount Sinai School of Medicine, click on the button below. If you’d like to look into attending a trade show closer to home, we encourage you to check out our 2013 calendar of events.