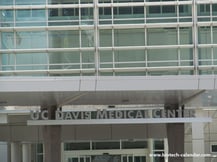 A team of researchers from the UC Davis Medical Center have received a five-year, $5.4 million grant from the National Institute on Aging to study the earliest stages of cognitive dysfunction through the use of event-related brain potential (ERPs).

ERPs are used to study the different electrical signals that the brain produces during different events. Through the use of ERPs, researchers are able to detect signs of synaptic dysfunction (an early feature of Alzheimer's disease) through measuring the output of functioning neurons.

In this current study, researchers from the University of California, Davis Medical Center in collaboration with UC San Diego will test ERPs in over 200 participants who are either healthy, have pre-clinical Alzheimer's, mild Alzheimer's dementia, or mild cognitive impairment to test the potential of using ERPs as a biomarker to see the progression of Alzheimer's in clinical trials.

UC Davis Professor of Neurology and co-leader of the UC Davis Alzheimer's Disease Center, John Olichney, explained that “what we will be doing is a very comprehensive cognitive electrophysiology battery," Olichney said. "It will test attention, memory and language. Rarely have such a broad range of ERP components been tested in the same Alzheimer’s patient cohort. We predict that this comprehensive ERP battery will be particularly sensitive to the earliest stages of Alzheimer’s disease, including its so-called “preclinical” stage.”

With the help of this $5.4 million dollar NIH grant, the Davis researchers using ERPs to study the changes in brain function in the clinical trial aim to find a more accurate method of detecting these changes that could improve Alzheimer's related clinical trials. 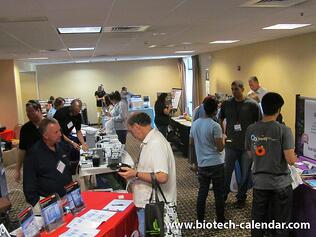 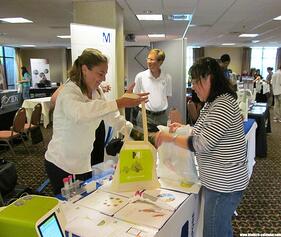 With more than $188 million in active life science funding from the NIH alone, and more than $700 million in funding received throughout 2014, the University of California, Davis Medical Center is one of the top research institutions in Northern California. Currently funded research projects at this institution include:

Interested in marketing lab products and supplies to active life science researchers in Northern California? Consider exhibiting at the 17th Semiannual BioResearch Product Faire™ Event happening in Sacramento on January 28, 2016. This event brings together life science suppliers with researchers, PI's, grad students, lab managers,professors, purchasing agents and other lab staff interested in finding the best and newest equipment and technologies to use in their lab.

If you are a science supply company interested in display products to University of California, Davis Medical Center researchers, visit the link below to learn more about participating in January:

Biotechnology Calendar, Inc. has been producing life science trade shows around the U.S. for more than 20 years. These shows give lab supply companies the chance to market their supplies to active life science researchers at more than 50 top-ranked research institutions who have the funding necessary to purchase new lab supplies.

Find more 2016 events in your region by viewing the 2016 trade show calendar here.