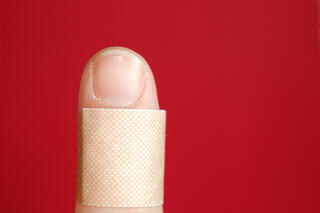 Researchers at Penn Medicine have gone through some great pains to find the first potential new class of novel anesthetics since the 1970s. Starting with a pool of over 350,000 compounds, they have isolated two compounds with the potential to be developed into new, safer general anesthetics.

Roderic G. Eckenhoff, MD leads the team of researchers, and is vice chair for Research and the Austin Lamont Professor of Anesthesiology and Critical Care at the Perelman School of Medicine at the University of Pennsylvania.

According to the team of scientists, most new anesthetics are developed by altering and improving existing anesthetics. For example, Propfol, the most commonly used anesthetic in the world since its development in the 1970’s, was originally developed in the UK and but later removed from circulation due to deleterious side effects. It was later improved, however, and is still in use today as a potent anesthetic.

Eckenhoff believes that new anesthetics must be developed in order to avoid dangerous side effects that can be common in existing formulas. 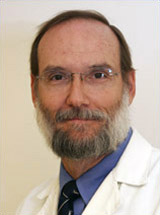 “Our previous work looked at the importance of ion channels as anesthetic targets. Ion channels are specialized protein conduits that open in response to stimuli and allow ions to cross the cell membranes of nerve cells and influence their communication with other cells in the brain,” explains Eckenhoff. “Despite the clear role for ion channels in normal brain function, little is known about how they interact with anesthetics. We have therefore used simplified versions of ion channels as surrogates to understand anesthetic action.” One such surrogate turned out to be ferritin, an abundant natural protein that was easy for the team to characterize, and that made this drug discovery project possible.

According to a university press release, the team first miniaturized an assay based on ferritin and a drug-like molecule they had previously characterized, aminoanthracene, to test the ability of more than 350,000 compounds to behave like anesthetics – at least in the test-tube. This “high throughput screening” process was performed in collaboration with the National Chemical Genomics Center (NCGC) at the NIH. This is a project requiring millions of separate assays, something that would normally have taken decades of work. At the NCGC, it took a week.

The team then had to validate that the “hits” from this assay behaved like anesthetics in an animal, not just a test-tube. The study identified two brand-new compounds as effective and non-toxic anesthetics in mice.

"Our goal was to identify compounds with high potency, but low toxicity” explains Eckenhoff. “But we are a long way from getting these drugs into people." He emphasizes that the primary conclusion of this work is that, “it provides a new approach to identifying novel anesthetics, and we now have at least two compounds that we can optimize and test further.”

Funded by NIH Small Grant Program (R03 MH 084836) among other iterations of private and federal funding, this study represents just a fraction of the amazing life science research that occurs every day at Penn Medicine.

Bioresearchers at the University of Pennsylvania and Penn Medicine receive millions in funding annually to support their important projects, and to stock their laboratories with the latest technology and lab products. 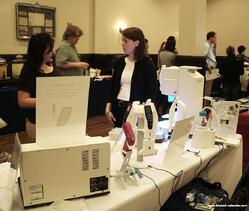 The University of Pennsylvania is an $815 million marketplace, which makes this area extremely active in terms of researcher interest in lab equipment and supplies.

Lab supply vendors interested in marketing their products to researchers in this well-funded marketplace can exhibit at the 16th Annual BioResearch Product Faire™ Event at the University of Pennsylvania on May 7, 2015.

Learn more about this popular, industry-leading series of events by clicking below: