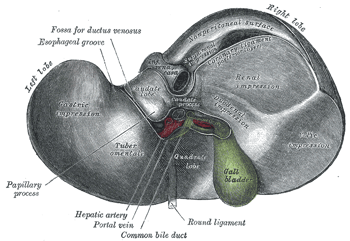 The liver is a truly amazing organ, with an almost unprecedented ability to repair itself after injury. The mechanism for this ability was previously thought to be oval cells,but recent research from UCSD challenges conventional wisdom.

Researchers working at the University of California, San Diego School of Medicine recently uncovered a group of liver cells, called “hybrid hepatocytes”, that are especially adept at regeneration.

The team is led by UCSD Distinguished Professor of Pharmacology and Pathology Michael Karin, PhD, and showed that "hybrid hepatocytes," are able to regenerate liver tissue without giving rise to cancer in mouse models. The researchers also found similar cells in human livers.

While the liver's regenerative properties were previously credited to adult stem cells known as oval cells, instead, recent findings suggest that the properties actually belong to the hybrid hepatocytes.

To reach this conclusion, Michael Karin and his team of researchers traced the cells responsible for replenishing hepatocytes to one specific area of the liver, called the portal triad. Here they found that these special hepatocytes “undergo extensive proliferation and replenish liver mass after chronic liver injuries.”

"Although hybrid hepatocytes are not stem cells, thus far they seem to be the most effective in rescuing a diseased liver from complete failure," said UCSD researcher and lead author Joan Font-Burgada, PhD.

One of the most important aspects of this study includes the finding that unlike induced pluripotent stem cells, which are also used for liver regeneration, the hybrid stem cells do not come with a risk of tumor growth due to unregulated growth.

"Hybrid hepatocytes represent not only the most effective way to repair a diseased liver, but also the safest way to prevent fatal liver failure by cell transplantation," Karin said.

This research was supported by several grants from the National Institutes of Health, totaling over $12 million. In addition to funding garnered for work associated with this study, UCSD researchers regularly receive millions of dollars in R&D funding for their research. 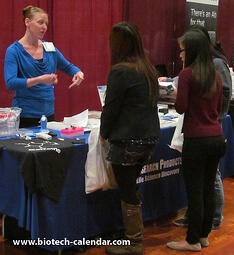 Researchers from UCSD spend significant amounts of federal, state and private funding on their projects, including on lab supplies.

Biotechnology Calendar, Inc. holds the Semiannual Biotechnology Vendor Showcase™ as a venue for highly funded and prominent researchers from UCSD to find the lab supplies they need.

In 2014, these events at UCSD hosted nearly 1,000 attendees from 50 different research buildings and 60 on-campus departments. To learn more about participating in this expansive life science marketplace, click the appropriate button below: