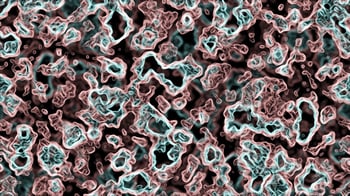 A recent study conducted at University of California, San Diego has found that bacterial communities are more cooperative than was previously thought.

The researchers are led by principal investigator Gürol Süel, who is an associate professor of molecular biology at UCSD and is involved with quantitative biology. The group’s findings describe an “emergent phenomena” where a community of bacteria, living in a biofilm, can balance each other’s needs for the good of the group.

“Emergent phenomena are processes that you cannot observe or understand if you are studying individuals. You can only understand the process if you look at the collective,” said Süel.

According to a university press release, the UC San Diego biologists used experimentation, in conjunction with aspects of quantitative biology, to come to their conclusions. They found that growth oscillations in a biofilm community were the result of cooperation for food by the bacteria living within. The finding has strong implications for how to fight highly resistant biofilms that lurk in scientific and medical situations. 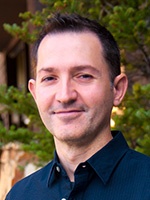 “Scientists have been trying for the longest time to figure out how to kill these biofilms,” said Süel. “We also were puzzled by the resilience of these biofilms until we realized that the ability to resolve conflicts that naturally arise within the bacterial communities may play an important role.”

Süel went on to explain that the ability of bacteria to resolve conflicts among themselves resembles the workings of a medieval castle community.

“Here we have simple bacteria that are genetically identical,” added Süel, “and yet in the process of forming a community, they develop distinct areas, like a medieval castle with protective walls manned by soldiers that can provide protection for peasant families to ensure survival of their clan. The fact that you’re starting a community where individuals will find themselves either manning the walls or being tucked away inside the castle, gives rise to this emergent phenomenon where you have a division of labor. The bacteria are not ‘aware’ of this division of labor, none of the bacteria are doing anything consciously. It’s something that just emerges out of the complexity of a system with social interactions.”

In addition to the implications these finding have for medical and industrial applications, Süel says that bacteria may be able to teach humans something about living more harmoniously.

“The social conflict we studied is directly applicable to conflicts that arise in human societies,” added Süel. “We all face the social dilemma where supporting others, even our competitors, may ultimately make our society stronger. We may be able to learn more about how to resolve our own social conflicts by studying bacterial societies.”

As principal investigator of this and several other important studies at UCSD, Süel’s work has generated 5 grants from the National Institute of General Medical Sciences since 2009, totaling $1,441,368. This study also received $300k from the National Science Foundation.

In addition to this important study, researchers at UCSD are extremely busy in the field of molecular biology and a variety of other life sciences. 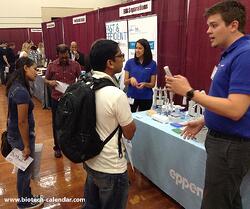 With over $1B in annual r&d funding, the scientists of UCSD are highly compensated for the purchase of new equipment and lab supplies. Active scientists also have very little time away from their busy research schedule, and rely on life science trade shows for a significant portion of their lab equipment.

This annual event is open to all area life science researchers, and will host hundreds in search of the latest biotech and lab supplies. If you are a vendor in need of lab sales in Southern California, it’s not too late to participate in this exclusive life science marketplace.

For more information about attending the UCSD Biotechnology Vendor Showcase, click below:

Get regular updates about UCSD and other leading research institutions via the Science Market Update: