According to an UAB News article, Jianyi “Jay” Zhang, M.D., Ph.D. plans to “dissect the mechanism of electromechanical integration of a human heart-muscle patch to aid survival and stability of the patch.”

Zhang came to UAB in 2015 with the goal of advancing his work with engineered patches to use in humans within seven years.  In a major step toward that goal, Zhang and several co-authors released a paper earlier this year titled, “Large cardiac-muscle patches engineered from human induced-pluripotent stem-cell-derived cardiac cells improve recovery from myocardial infarction in swine.”

For the first time human cardiac-muscle patches created in the lab were tested on large animals in a heart attack model. The study demonstrated that the patches significantly improved recovery from heart attack injury. Zhang hopes to someday treat human heart patients by suturing cardiac-muscle patches over an area of dead heart muscle in order to reduce the pathology that often leads to heart failure.

Gangjian Qin, M.D. was the recipient of the second NIH award. This grant will support Qin’s novel investigation into resistant blood pressure. High blood pressure that does not respond to medication increases the risk of stroke, heart attack heart failure, and arterial aneurysms. High blood pressure is also the leading cause of chronic kidney failure. Qin discovered a new line of investigation into this silent killer while researching the pathology of heart failure after heart attacks.

He was searching for ways to stimulate the growth of new blood vessels in damaged heart tissue. He hoped alternating the amounts of cell-cycle regulators in the E2F family of transcription factors would speed the division of cells in the endothelial tissues in the arteries. The E2F protein controls the rate of transcription of genetic information from DNA to messenger RNA, by binding to a specific DNA sequence.

He explained in the same article for UAB News, “But unexpectedly, we found a striking function. If you delete E2F2, the vessel is more contractile. It becomes rigid and hard, and this contributes to high blood pressure.” In subsequent experiments Qin found that the E2F2 molecule binds to an enzyme called Sam68. When he knocked out the gene for Sam68 in mice, they had low blood pressure.  This suggests a previously unknown mechanism for controlling blood pressure.

Qin will use the $2.3 million NIH grant to study E2F2, Sam68, and the ECE-1b enzyme, in order to prove causation. ECE-1b affects the levels of peptides that constrict blood vessel and thus raises blood pressure. Understanding this mechanism could give researchers a new insight into the pathogenesis of refractory hypertension and offer new targets for potential medications. 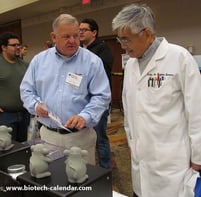 The University of Alabama, Birmingham’s Department of Biomedical Engineering is ranked fourth in the nation for NIH funding when compared to all departments led jointly by schools of medicine and engineering.

Lab suppliers wishing to meet with these well funded researchers should plan on attending the 18th annual BioResearch Product Faire™  held on the UAB campus. The event will be on Thursday, November 1, 2018.  Last year, this event attracted 176 attendees. Of these attendees, 47 were purchasing agents, professors and post docs, and 40 were lab managers.

To find out how this biotech trade show can help increase your laboratory product sales call (530) 272-6675 or click the link below.

Science professionals attend for free.  For more information and to save time in line click the link below. 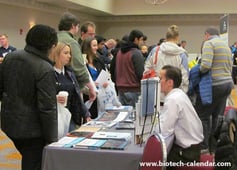