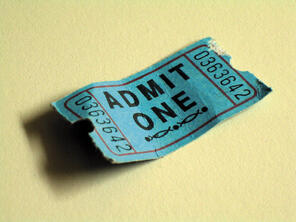 Researchers at Thomas Jefferson University may have found the ticket to helping men fight prostate cancer more efficiently and over a longer period of time. While prostate cancer is usually treatable in its early stages, men affected with cancer that has metastasized into their bones have a greatly reduced chance of fighting the deadly disease.

TJU researchers have discovered that the receptor CCR5, best known for its role in HIV therapy, may also be responsible for the metastasis of prostate cancer into bone, which is often fatal.

“Because this work shows we can dramatically reduce metastasis in pre-clinical models, and because the drug is already FDA approved for HIV treatment- we may be able to test soon whether this drug can block metastasis in patients with prostate cancer,” says Richard Pestell, M.D., Ph.D., MBA, Director of the Sidney Kimmel Cancer Center at Thomas Jefferson University and senior author on the study.

According to a university press release, the researchers needed to account for the fact that there was no immune competent mouse model of prostate cancer that reliably developed bone and brain metastases. In order to solve this dilemma, the researchers developed a prostate cancer cell line, driven by an unregulated Src gene that regularly caused bone metastases in immune-competent mouse models.

Because the immune system is so important in human prostate cancer it was important to develop a model that reflected human disease.

The first step in this groundbreaking study was for researchers to analyze metastasized bone and brain tumors. In doing so, they found that the genes driving the cancer were also involved in the CCR5 signaling pathway. The researchers then administered the CCR5-blocking drug maraviroc to the new prostate cancer mouse model, which reduced the overall metastatic load by 60 percent in the bone, brain and other organs.

Findings indicated that the administration of maraviroc had a significant impact on the development of metastasized cancer cells.

“We noticed that patients who had a lower expression of the CCR5-pathway genes had a longer survival times, whereas high expression of these CCR5 genes was associated with a shorter overall survival,” said co-first author Xuanmao Jiao, Ph.D., and an instructor in the department of Cancer Biology at Jefferson.

The next steps for the researchers are to develop clinical trials using CCR5 pathway activation as a companion diagnostic for the trial.

As a leading research institution, Thomas Jefferson University is poised to make use of millions of dollars in annual research funding toward the study and treatment of cancer, lung disease, and several other important medical fields.

Lab equipment and consumables vendors interested in marketing their products directly to leading bioresearchers working on important medical discoveries can exhibit at the 6th Annual BioResearch Product Faire™ Event at Thomas Jefferson University on May 6, 2015.

Exhibit space is limited, so call today to promote and network directly with well-funded and prominent TJU researchers. Click below for more information: