Ribosomes, found within cells, are vital to the production of proteins and enzymes. Researchers from the University of Chicago, Illinois and Northwestern University recently created the first ribosome engineered in a lab. This newly engineered ribosome, named Ribo-T, was found to work almost as well as natural ribosomes found within organisms, leading scientists to see potential uses for new drugs and biomaterials. (Image courtesy of Wikimedia Commons)

Ribosomes are comprised of 2 main subunits that work together for protein synthesis. These 2 subunits (one large and one small) work together to create a protein based on the mRNA in the cell through translation. Once the protein is complete, the subunits separate. These subunits in Ribo-T stayed together, even after the protein is created, something scientists previously thought was not possible.

“This is an exciting tool to explore ribosomal functions by experimenting with the most critical parts of the protein synthesis machine, which previously were ‘untouchable,’” explained Alexander Mankin, lead UIC researcher.

The UIC and Northwestern researchers tested Ribo-T in a test-tube with bacteria cells, and found that it was able to both make proteins and produce more of these proteins than natural occurring ribosomes would to keep the bacteria alive.

“It was surprising that our hybrid chimeric RNA could support assembly of a functional ribosome in the cell. It was also surprising that this tethered ribosome could support growth in the absence of wild-type ribosomes,” Michael Jewett of Northwestern University said. “Our new protein-making factory holds promise to expand the genetic code in a unique and transformative way, providing exciting opportunities for synthetic biology and biomolecular engineering."

This new ability to create ribosomes and manipulate their translational ability opens up the potential of creating new polymers that could lead to unique drugs and help further study the functions of the ribosome. 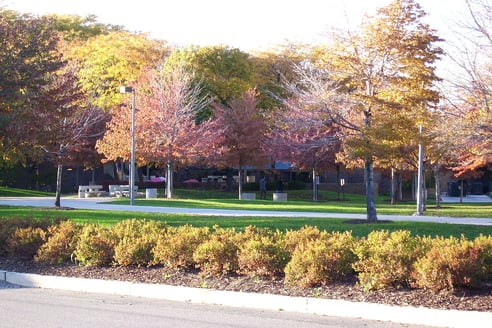 The University of Illinois, Chicago is a multi-million dollar research institution. In the 2014 fiscal year, the university received more than $114.6 million in funding from the NIH and associated organizations. This science funding is used to support ongoing research, help start new projects, and assist in the establishment of new research buildings on campus.

Life science departments at the university receiving substantial amounts of this NIH funding include: 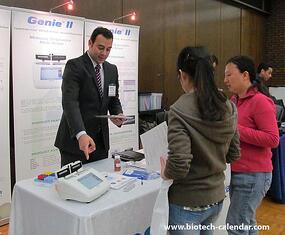 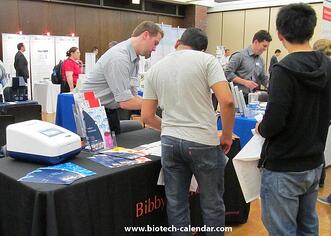 With so much in active funding supporting a vast array of projects, Chicago researchers have the means and desire to find the best products and tools to use in their labs that will benefit and simplify their work. Biotechnology Calendar, Inc. hosts an annual event at the University of Illinois, Chicago that brings lab suppliers and researchers together in one place to find the best and newest tools and technologies available.

The 16th Annual BioResearch Product Faire™ Event at the University of Illinois, Chicago will be on October 8, 2015. More than 250 active life science researchers are expected to attend this popular event to discover new lab supplies to use in their labs.

To learn more about participating in this event, visit the link below:

Researchers in Chicago looking to find new lab supplies are invited to attend this complimentary event. More information, as well as pre-registration, can be found at the following link: